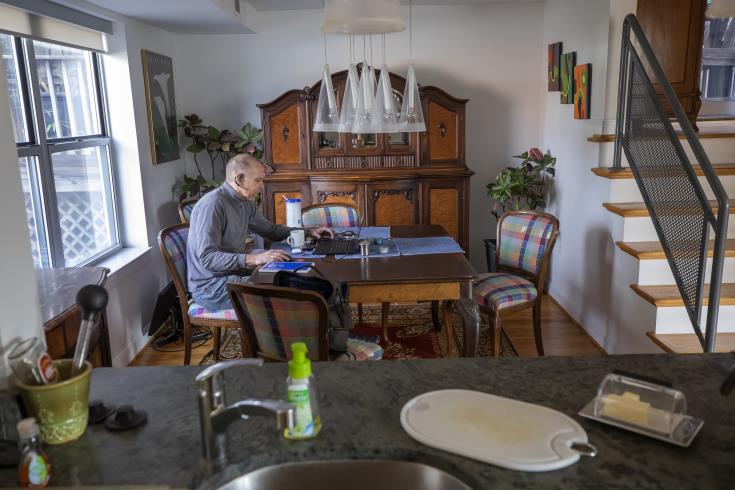 The percentage of people working from home as a result of the pandemic in Cyprus in 2020 was lower than that of most regions in the European Union, according to data released by Eurostat, the EU’s statistical service.

In 2020, 12% of employed people aged 20-64 in the EU usually worked from home, while this share had remained constant at around 5 or 6% over the past decade.

Around one in four employed usually worked from home in these capital regions: Eastern and Midland in Ireland (25%), Wien in Austria and Hovedstaden in Denmark (both 24%) as well as Île-de-France in France (23%).

Also, the percentage is significant in Utrecht in the Netherlands, Luxembourg (single region) and Lisbon in Portugal (all 23%).

In contrast, working from home was less common in many eastern and southern regions of the EU. In 2020, less than 5% of the workforce was usually working from home in both regions of Croatia, as well as in Cyprus, Latvia and Bulgaria (only national data available), in the vast majority of regions across Hungary and Romania (except for the capital regions) and Greece.

The largest annual increases in the share of the employed usually working from home in 2020 (of around 19% compared with 2019) were recorded in Brussels and Brabant Wallon in Belgium, in Helsinki and Eastern and Midland Ireland (Dublin). These regions were followed by the capital regions of Denmark, Germany, Spain, France, Italy, Austria and Portugal.

Eurostat’s data concerns regions at the NUTS 2 level (which is the in between NUTS 1 – usually federal or autonomous regions – and NUTS 3 – usually local authorities) as defined by Eurostat in consultation with member states. For statistical purposes, Cyprus is considered one region on all three level.