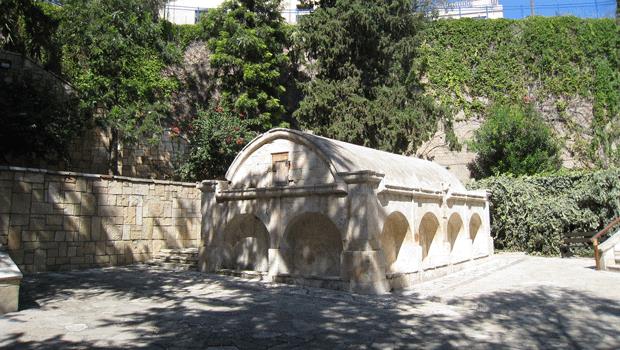 The archaeological site of Ayios Georgios Peyia in Paphos, is already a popular attraction,  but mayor Marinos Lambrou has even more ambitious plans that include a revamp and more promotion.

These will centre on the archaeological site of Ayios Georgios, and of course, the Vrysi ton Pegiotisson, the famous fountain of the village, which inspired the famous  love song.

Lambrou said a recreation/renovation plan for the archaeological site is at a very advanced stage, in an effort to attract more visitors by stressing the uniqueness and the values embodied in the cultural heritage of Agios Georgios.

It is worth mentioning that excavations that began in the site in the 50s uncovered significant evidence of an Early Christian settlement. The place of pilgrimage of Agios Georgios is located between the site of the basilicas and the necropolis. There is also a small chapel founded in the late 13th – early 14th century also named after Agios Georgios.