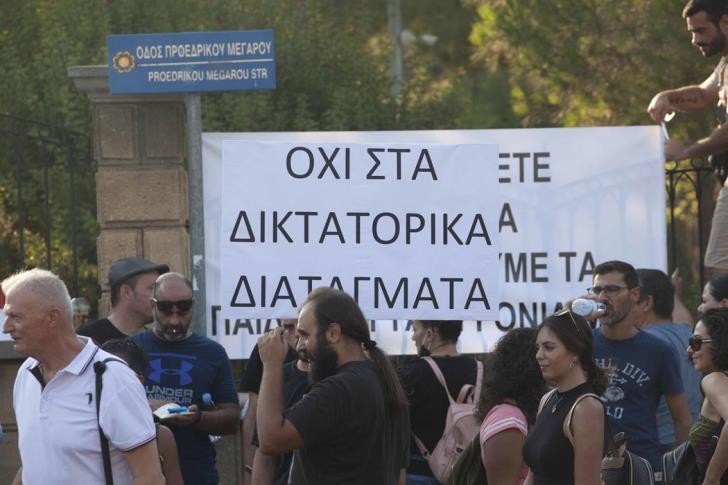 They further accused the government of enforcing unconstitutional measures.

AKEL and the Greens argued that the latest restrictions to be imposed tomorrow, lack adequate justification and are not balanced, with the Greens going as far as calling them undemocratic.

They further say that police was overzealous in proceeding with two unjustified arrests of citizens for merely expressing an opinion through a social media upload.
In its response, police noted that both the force and other relevant services are obliged to protect the population by enforcing the health ministry directives.
The police argued that the two citizens in question were not merely expressing opinions but encouraging other people to violate directives. Their arrests, as added in a statement, following a witness account of being involved in criminal offences.
This satisfied the court which issued the relevant arrest warrants.
The force further points out that everyone is obliged to be aware of the consequences of actions or failure to follow the directives, which might lead to the spread of covid-19, particularly to more vulnerable groups.
By Constantinos Tsintas
Previous article
Church covid fines at Sunday morning service
Next article
Argentine prosecutors investigate death of soccer star Maradona