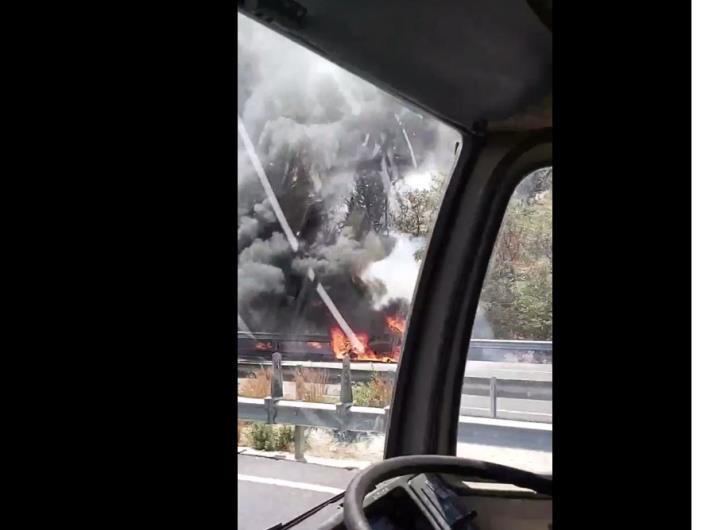 The lanes of the Nicosia-Limassol highway toward Limassol are closed for traffic due to a fire at the area of the Governor’s Beach.

The fire initially broke out at a car moving on the highway and then expanded to nearby fields. Fortunately, there has been no injury due to the fire at the car.

Fire Service forces are already to the area, with six manned vehicles and two rented helicopters.

The fire has now reached the camping site and isolated houses are in danger, according to the Pentakomo municipality head.