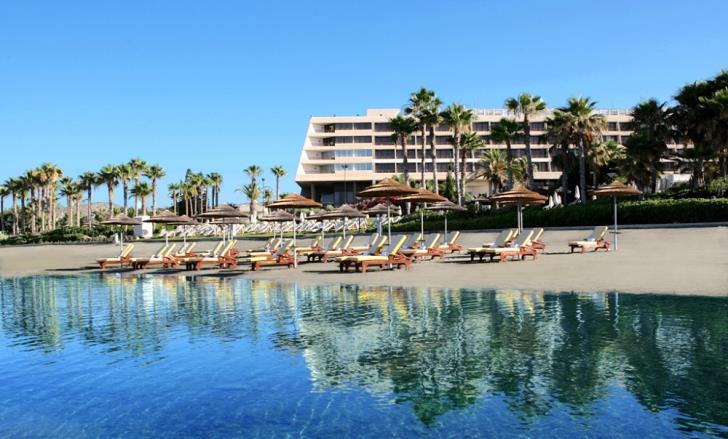 This is what an announcement on Monday said before giving details of the agreement reached.

This is the full announcement:

“The Cyprus Cement Public Company Ltd announces that the Agreement of its subsidiary C.C.C. Tourist Enterprises Public Company Ltd for the sale of the 24,98% of the issued shares held in Parklane Hotels Limited has been completed.

“Simultaneously, Emerald Coast Properties Ltd with a separate Binding Agreement in which C.C.C. Tourist Enterprises Public Company Ltd is not a party proceed and sold the 100% of issued shares of Parklane, to MHC Mediterranean Hospitality Venture Limited.

“It is clarified that MHC Mediterranean Hospitality Venture Limited is a related company of Invel Real Estate Management (Cyprus) Ltd.

“The consideration for the sale of the 24.98% of the shares that company held in Parklane is €22,5 million which has been paid in cash with the completion of the Share Purchase Agreement.

The transaction was made at an arm’s length basis, and the contracting parties Emerald Coast Properties Ltd and MHV Mediterranean Hospitality Venture Limited have no relation with the Company or the Members of the Board of Directors.

“The calculation of the impact of the Agreement on Company’s results (the amount of profit), will be completed soon and then the Company will proceed with the relevant announcement.”

At the same time, the strategic collaboration in the hospitality sector of Invel Real Estate, PRODEA Investments and the Cypriot based “YODA Group” of Mr. Ioannis Papalekas have announced the conclusion of the acquisition of 45% of PRODEA’s interest in Mediterranean Hospitality Venture Limited (MHV) by a subsidiary of YODA Group.

PRODEA Investments retains 45% in MHV while Invel Real Estate 10%, through a subsidiary.

MHV, the sole shareholder of The Cyprus Tourism Development Company Limited, which owns The Landmark Nicosia, is the joint investment vehicle of the three shareholders in the hospitality and tourism sector in the wider Mediterranean market.

Parklane Limassol is the only luxury internationally branded resort in Cyprus. It is built on a beachfront plot of 100,000 sq.m. and boasts 222 luxurious rooms and 52 suites including 18 Park Villas of one, two and three bedrooms, with private pools.

Christophoros Papachristophorou, Invel’s Founder and Managing Partner and Executive Chairman of PRODEA Investments, stated: “We are pleased to acquire the luxurious Parklane Resort, which further diversifies and completes our existing hotel portfolio in Cyprus.

Parklane, The Landmark Nicosia, and Aphrodite Hills Resort are three unique/flagship assets, which we aim, through additional capex, to further develop and transform into the ultimate hospitality destinations not only of Cyprus but also of Southeastern Europe.

The strategic partnership between Invel Real Estate, PRODEA Investments and Yoda Group now turns its focus to other Mediterranean markets, particularly Greece and Italy, where specific investments are currently being considered in the hospitality sector.

By Annie Charalambous
Previous article
Protest after police allegedly shot and killed a man in Minnesota
Next article
Man,19, dies after losing control of his motorcycle, pillion driver hospitalised