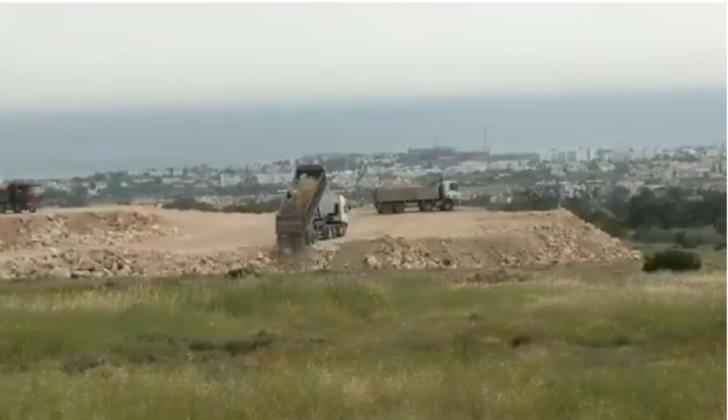 Truckloads of soil has been dumped close to Ayia Napa forest, to the concern of residents in the area who have complained about the dust and noise and warned of the impact on the environment, Phileleftheros reports.

The paper said the residents plan to set up an action committee to press for the environment to be restored. Teacher Yiannis Vassiliou said that his information was that the company that is transporting the soil did not have permission to do so.

He said that the mayors of both Ayia Napa and Paralimni had been informed but no measures have yet been taken.

Police have shown a reluctance to act, saying that the issue should be taken up with Parlaimni Municipality within the limits of which the land is, he added.

Vassiliou said that the Environment Service and other government departments had also been informed, but again nothing has been done.

Most of the soil is coming from excavation work underway in Ayia Napa to construct a large hotel. Residents who have been monitoring the trucks believe soil is also being brought from elsewhere.

In a letter to Paralimni Municipality, Vassiliou spoke of an “eyesore” on a hill already visible from many areas.

The closest of the 20 or so houses in the area is only a few dozen metres away. Vassiliou said the dust came not only from the dumping of the soil but from the breaking of stones mixed up in the soil.