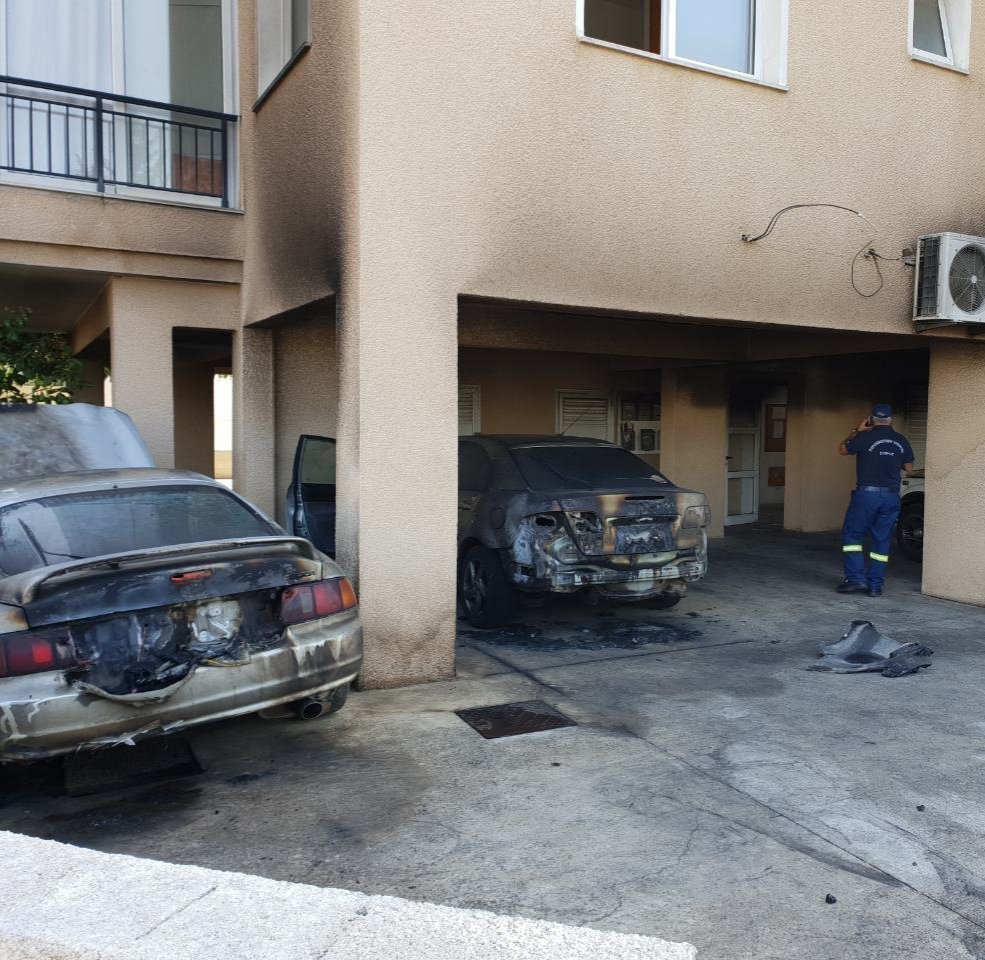 Three cars were damaged after a fire broke out in the parking area of a block of flats on Ayias Elenis street in Paphos on Wednesday morning.

There was extensive damage to a Suzuki Samurai, while a Mazda 6 and a Toyota Celica  sustained less damage.

The fire services responded with two fire fire trucks and the fire was put under control at around 10.15.

Police and the fire services are investigating.