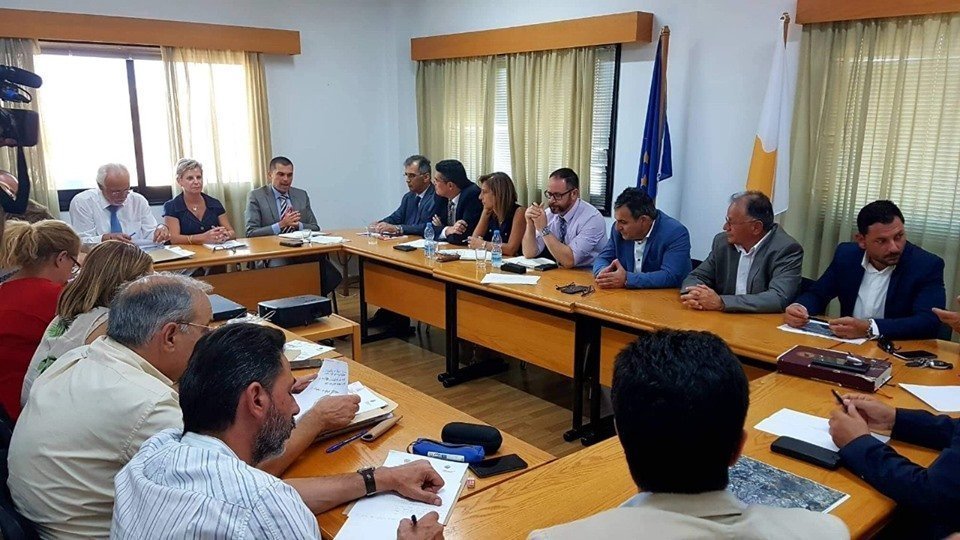 The possibility of building facilities for cruise ships as part of a proposed Paphos marina at Potima was discussed at a meeting on Tuesday between the Transport Minister and the deputy tourism minister with the leadership of the Paphos Chamber of Commerce. Also participating were Paphos MPs and the town’s mayor.

Paphos tourism stakeholders have been pressing for the construction of a pier at Paphos port to allow cruise ships to dock. These are currently obliged to anchor out at sea and visitors are ferried to land by boat.

The Paphos Chamber did not disagree with the deputy tourism minister’s proposal for cruise ship facilities at the planned marina, but said that efforts to upgrade Paphos harbour should not be abandoned.

Transport Minister Vasiliki Anastasiadou told reporters after the meeting that the proposal had been given a positive reception. Studies will be carried out to examine its viability, she added.

Deputy Tourism Minister Savvas Perdios said the two ministries will prepare terms of reference for the consultant who will advise on the construction of a marina and cruise ship facilities.

“There are new developments as regards the cruise sector and these require a comprehensive approach to the issue,” he said.

The construction of a marina is an opportunity to put Cyprus on the world cruise map and the study will show what actions must be taken so that we are successful,” he said.

By In Cyprus
Previous articleFrance to tax flights from its airports, airline shares fall
Next articlePetros Anayiotos: “We receive training through EU programmes”