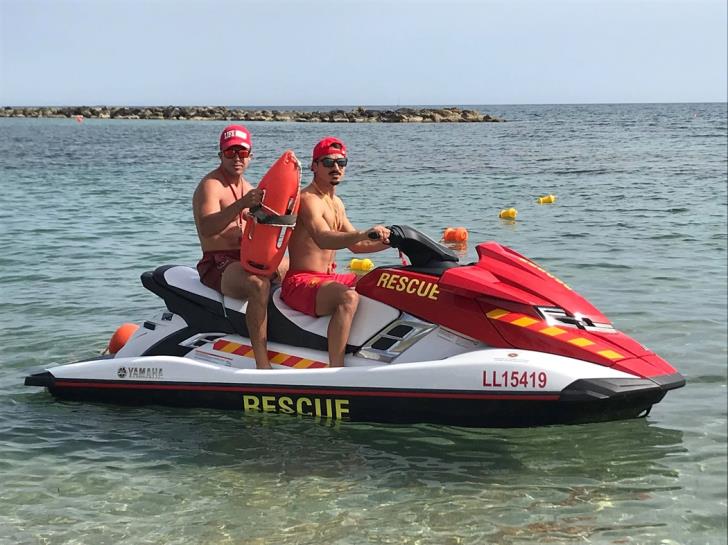 Lifeguards at Paphos’ Municipal Baths now have a new modern jet ski in their disposal, philenews reported on Tuesday.

The watercraft was purchased with funds by the municipality and the district office of the city.

On behalf of Paphos’ Winter Swimmers, president Mathaios Ierokipiotis expressed his gratitude towards the two institutions, as according to him, a jet ski was something that was missing from the city’s most popular beach.

“Considering that the summer period has officially started, it is very important to say that lifeguards are manning the Municipal Baths from 7 in the morning to 7 in the night. We are confident that they same will happen in the rest of the beaches of the city,” Ierokipiotis said.