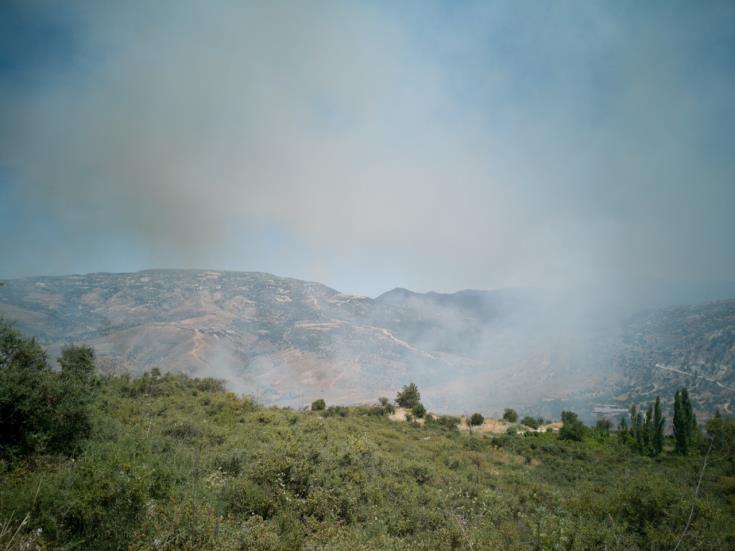 Fire fighters have managed to nearly contain a large fire raging in the Salamiou area in the Paphos district since around 5.20 am on Friday, the Cyprus News Agency reports.

The fire has burnt some 50 hectares of wild vegetation.

Fire services spokesman Andreas Kettis said the fire was tackled from the air and by fire fighters on the ground, but said that difficult terrain and strong winds have hampered efforts.

Twelve teams from the Forestry Department, the Game Service and the fire service as well as eight fire fighting aircraft have been called in. Fire fighters will remain on site through the night to finish extinguishing the fire, monitor the situation and prevent any flare ups.

Kettis said the fire started in an area that is very difficult to access and there are suspicions that it was set deliberately. He urged the public to immediately inform authorities if they see any smoke or fire or any suspicious movements.

Marios Zachariades, president of the Kelokedara community council said the fire had once again raised the need for access from Xeros. Had there been such access, then the fire would not have spread, he said.

Costakis Avgousti, president of the Salamiou community council echoed the call for access and expressed his sadness that the fire was due to arson.

By In Cyprus
Previous article
Cypriot economy grows by 3.2% in Q1 2019
Next article
Deal, no deal or delay: what will UK PM May’s successor do about Brexit?