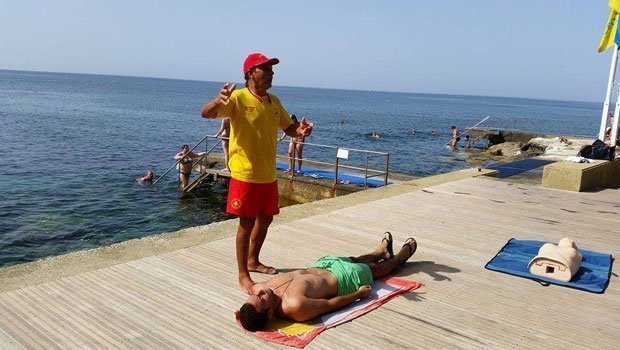 A total of 122 lifeguards will be employed this summer  on Cyprus’ organised beaches, including 18 employed as part of the Joint Rescue Coordinating Centre at Paphos Airport,  Paphos district officer told Phileleftheros newspaper on Friday,

Maria Lambrou said the first 19  lifeguards had taken up their duties on April 1, another 35 would begin work next week and another 31 on May 1. Moreover as from June 1, more lifeguards will be hired so that the JRCC’s Salamis Scheme can operate.

There will be two lifeguards at each tower. Paphos district has 33 organised beaches and for the first time the list this year includes Venus beach, following the construction of wave breakers.

“The area was described as dangerous because of underwater currents and the swimmers’ area is where the work has been carried out,” she said.

By In Cyprus
Previous articlePaphos: One person taken to hospital for smoke inhalation after house fire
Next articleTourist from Jordan victim of theft at Larnaca shop