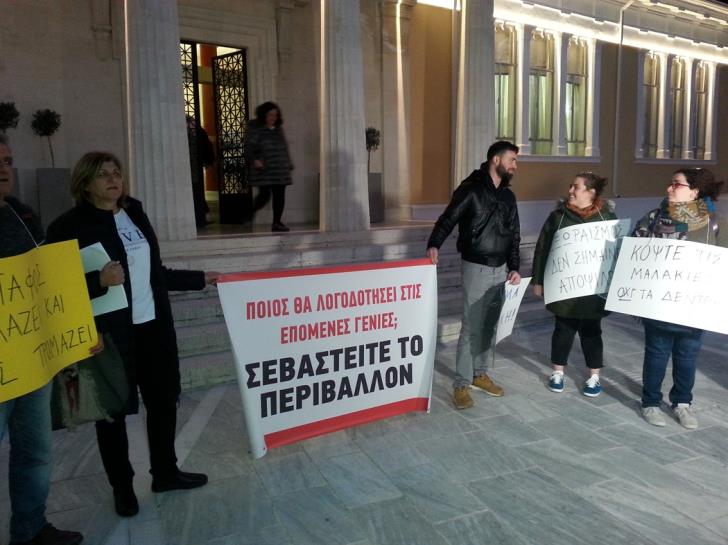 Citizens in Paphos protested the cutting down of trees by the municipal authorities outside the latter’s headquarters on Monday night as the municipal council was holding a meeting inside the building, philenews reports.

Protesters were holding placards with slogans such as “Respect the environment”, “Trees are not garbage” and “No more tolerance”, demanding that the mayor of Paphos Phaedonas Phaedonos and the municipal councillors imminently change their attitude towards the city’s trees.

The protesters said that society is fed up and accused the mayor of wanting to wipe out any remaining green areas in Paphos.

The group handed over their resolutions to the mayor and the council, that mention actions against the environment including the removal of trees at Ivi Maliotou Park, the cutting down of 50 old trees in the Universal area, and also accuse the municipal authorities of breaching the protected zone at Sodap beach and touch upon the planned building of a new church at the municipal garden.

Phaedonos stated that hundreds of citizens congratulated him for cleaning the Ivi Maliotou Park and for removing the randomly planted palm trees.

“In no way were these palm trees aged 100 or 200 years, as these trees live 80 years maximum. We respect the protesting citizens but the cutting down of those trees took place in the presence of the Forestry Department. Anyone claiming that we cut down the trees without the Forestry Department’s consent is lying,” he concluded.