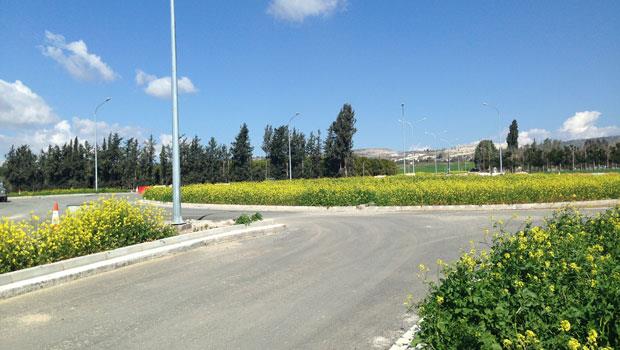 Paphos Chamber of Commerce and Industry (PCCI) proposed the creation of Green Bridges to resolve environmental issues that emerged in the planning of the motorway that connects the Kato Paphos tourist area and the Paphos airport, Phileleftheros reports.

The upgrading of the road has been halted due to limitations of the Natura 2000 network of protected areas.

The recent environmental impact study conducted for the project showed a negative impact on the surrounding environment from the planned project.

Local authorities maintain that the pushing forward of the motorway project is of national importance to tourism as it will make access to and from Paphos airport faster, and view the hindering of progress due to environmental reasons as ridiculous.

In a recent meeting in Paphos, PCCI head Marinos Stylianou presented the idea to Transport Minister Yiannis Karousos referencing a study on the subject conducted by Natural England “that highlights the financial benefits of such a solution, provides access to animals, and enhances the landscape”.

Stylianou said that the building of such bridges would resolve any financial and environmental issues hindering the project’s completion.

“Green bridges can be used to counter the effects of the isolation of the linear transport infrastructure on wildlife, the landscape and accessibility, and would also limit the impact on pedestrians and cyclists,” he added.

Stylianou said that in a meeting with Karousos’ predecessor it was agreed that a new environmental study would be conducted by PCCI as in the previous one the Green Bridges proposal was not taken into consideration.

Natura 2000 is a network of core breeding and resting sites for rare and threatened species, and some rare natural habitat types which are protected in their own right. It stretches across all 27 EU countries, both on land and at sea. The aim of the network is to ensure the long-term survival of Europe’s most valuable and threatened species and habitats.

By Josephine Koumettou
Previous articleAverage wages in Cyprus 7% lower than 10 years ago, ETUC study shows
Next article“Masterpieces of the world classical Ballet”: Gala in Nicosia and Limassol