Paphos: Blesssing of the waters goes ahead despite rain and cold 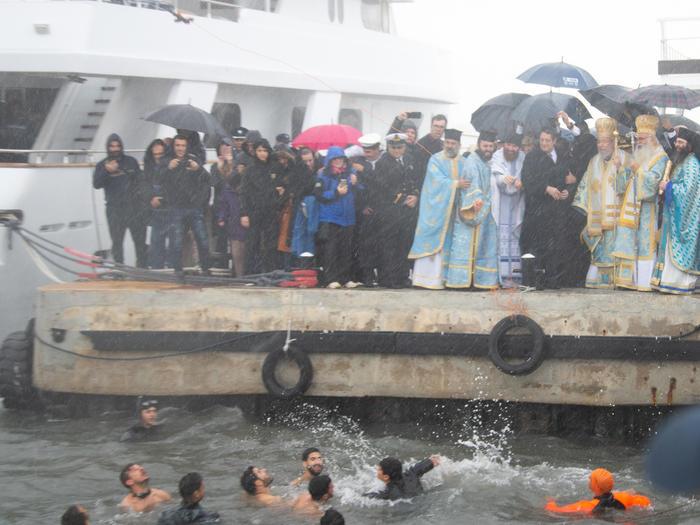 Dozens braved the rain and cold to mark Epiphany day with the customary blessing of the waters ceremony going ahead at Paphos port, despite an initial announcement by the town’s Municipality that the ceremony would only be held at the church following warnings by the Met Office of strong winds, thunderstorms and heavy rain.

Philenews reports that at the urging of Archbishop Chrysostomos, the Holy Cross was thrown into the icy waters and retrieved by swimmers in the presence also of President Nicos Anastasiades and other officials.

Paphos Municipality had yesterday announced the ceremony would not be held at the port and had also urged shopkeepers on the coastal front to remove and store away tables, chairs, heaters and other movable items in anticipation of gale force winds today.

Limassol Municipality meanwhile cancelled a blessing of the waters event at the old Port because of stormy seas and it was instead held in the church of Ayia Napa. Larnaca Municipality followed suit but Ayia Napa Municipality went ahead as planned.