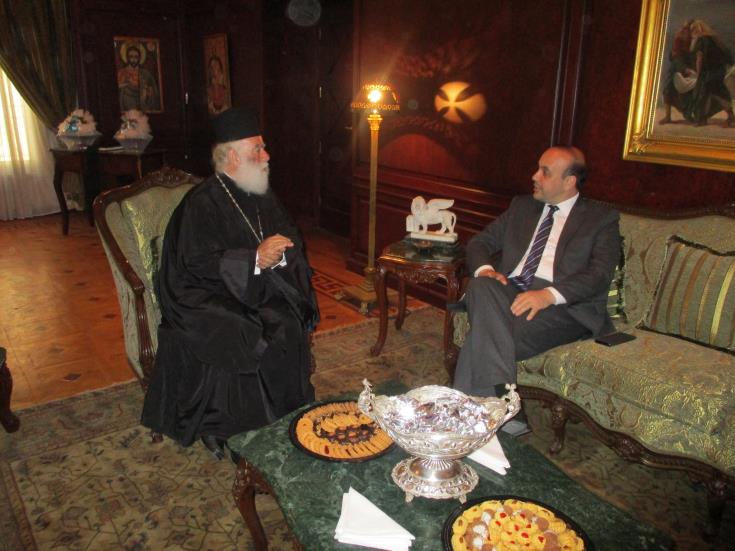 Paphos and Alexandria have signed a twining protocol during a ceremony in the Egyptian city.

The official ceremony took place at the Governorate of Alexandria where Paphos Mayor Phedonas Phedonos and the city’s governor, Mohamed Sultan signed the protocol, in the presence of the island’s ambassador to the country, Haris Moritsi, Greek Orthodox Patriarch of Alexandria and All Africa Theodore II, representatives from the Cypriot and Greek brotherhood and other officials.

The twining of these two historic cities helps to further strengthen relations of friendship and cooperation between Cyprus and Egypt, a statement said.

Paphos Mayor Phenodos referred to the strong bonds that connect the two cities and the cooperation of Greece, Cyprus and Egypt that is based on common principles and interests that help to function as a pillar of stability in a geopolitical turbulent area.

The Paphos delegation visiting Alexandria will also attend this afternoon the launch of the “Nostos The Return” initiative. President of the Republic of Cyprus Nicos Anastasiades is in Alexandria for the ceremony. Egypt’s President Abdel Fattah el-Sisi and Greek President Prokopis Pavlopoulos will also take part.

On Sunday, the Paphos delegation met with Patriarch Theodoros who thanked Phedonos for the Paphos municipality’s support to the work of the Patriarchate.