Back to business as Paphos Airport welcomes first flight 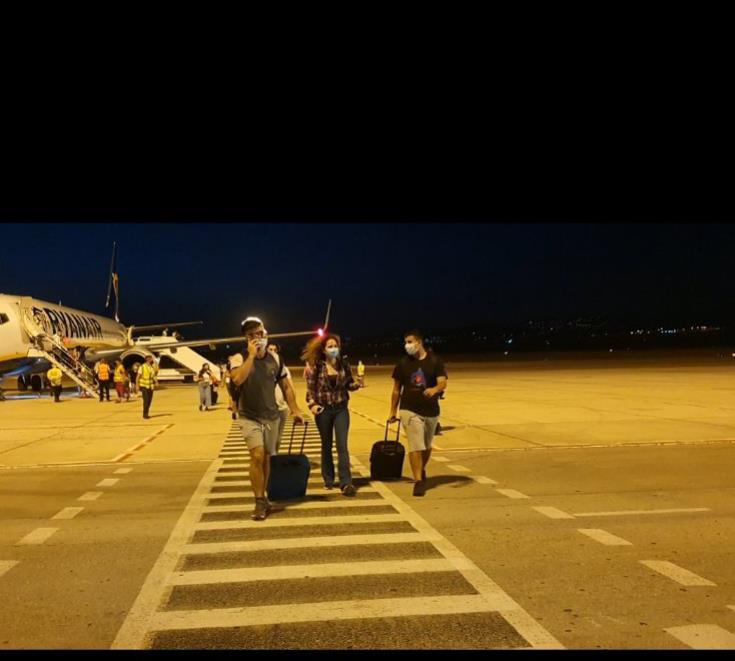 Paphos Airport welcomed its first commercial arrival after three months on Sunday night — a Ryanair flight with 128 passengers from Thessaloniki marking the official reopening of the island’s second airport after the Covid-19 lockdown.

Speaking to reporters, Karousos said that he had also had an opportunity to see how the health protocols are being implemented and whether they needed any improvement.

Already as from yesterday, passengers arriving from Group C countries who were required to be quarantined for a day pending the result of their Covid-19 test will now undergo a rapid test at the airport and wait at the airport for about 90 minutes for the result, he said.

This will also be available at Larnaca Airport as from Wednesday, he added. Group C arrivals must then self-isolate for 14 days.

After almost 3 months we are so excited to welcome @Ryanair #passengers at Pafos Airport 🙂!#PafosAirport #Ryanair @visitcyprus @Ryanair @MCWcy pic.twitter.com/xDzM3x9CKL

The minister had gone to Larnaca Airport before travelling to Paphos after problems arose with random tests where whole flights were subject to testing leading to delays.

Karousos said that as from today, sample taking will be done in a designated space at the airport which will facilitate passengers, he said. Sample taking has far been done at the old terminal, requiring passengers to be bused there and back.

Karousos said that significant preparations have been carried out in anticipation of an increase in the number of passengers — from 1000 to 1500 daily initially, to 200,000 a month in July, 400,000 in August and 650,000 in September and October.

Paphos Airport is expected to handle 100 flights a week from 19 countries in July and Larnaca Airport will handle about 400 a week from 35 countries.

But this is expected to change as most flights are scheduled once they are classified as Group A.

The more countries making it into Group A and not needing a certificate they have tested negative for Covid-19 certificate, the more there will be an increase in passenger traffic and tourism.

Kalogerou expressed satisfaction with the arrival of flights to Paphos after three months and said all measures have been taken to safeguard the health and safety of the passengers and airport personnel in line with the government’s protocols.

She said she was optimistic there will a gradual increase in flights, particularly after July 1.

And she said it was important that tests will be completed within one and half hours, thereby minimising passenger inconvenience and safeguarding the efforts made against the pandemic the past few months.

By In Cyprus
Previous articleLatest on the worldwide spread of the coronavirus
Next articleNZ extends cruise ship ban, tightens rules to contain virus at border