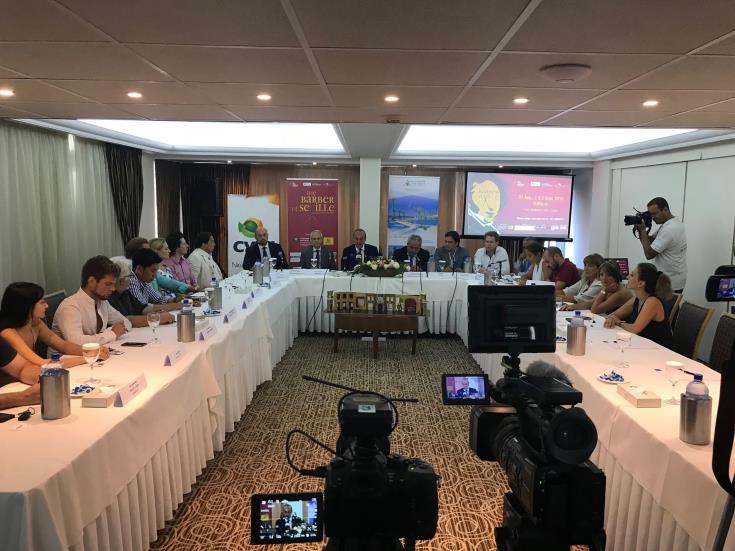 The 20th Pafos Aphrodite Festival is staging the famous Italian comic opera “The Barber of Seville” by Gioachino Rossini, from August 31 to September 2, in the square in front of the castle at the port.

The play, featuring renowned lyrical artists, is a production by the Italian organisation C.I.A.L.M. – Teatro Lirico Italiano in collaboration with the Ventidio Basso Ascoli Piceno Theatre and the participation of the Cyprus Symphony Orchestra.

Speaking during a press conference on Tuesday, Phedonas Phedonos, the city’s Mayor and President of the Pafos Aphrodite Festival Board, said through longstanding event Paphos leaves its own mark on Europe’s cultural scene.

This year the festival celebrates 20 years of creativity and the need for artistic and organizational excellence becomes even bigger, Phedonos noted.

Italy’s Ambassador to Cyprus Andrea Cavallari expressed his content for the fact that the festival chose to cooperate this year again with an Italian organization.

Most opera plays staged since the beginning of the festival were either by an Italian composer or were sung in the Italian language, he remarked. He explained moreover that the genre is not only for the elite, but has evolved into an art form that is loved and appreciated by the society in general.

Pafos Aphrodite Festival is without doubt one of the most important musical and cultural events of the island, the Ambassador said, and noted that this year’s production is an important moment for Cypriot-Italian cultural cooperation.

Pavlos Paraskeva, Director of the Cultural Services of the Ministry of Education and Culture, noted that the festival has been established as the biggest annual event in Cyprus and an event with international prestige.

There will be a simultaneous translation in Greek, English and Russian via subtitles.