Turkish Cypriots in breakaway northern Cyprus on Sunday go to the polls for snap ‘general elections’ with the Cyprus issue and bad economy as their main concerns. The contest came a year ahead of time.

Former chief negotiator Ozdil Nami who also served as ‘finance minister’ gives his own views on the political landscape in the Turkish-held north.

In an interview with Phileleftheros’ Frixos Dalitis Nami focused on the main criteria behind the ‘vote’ of Turkish Cypriots and the choices they have before them.

He specifically referred to the vast differences between the parties of the Right and the Left both in relation to the Cyprus issue and to the Economy. 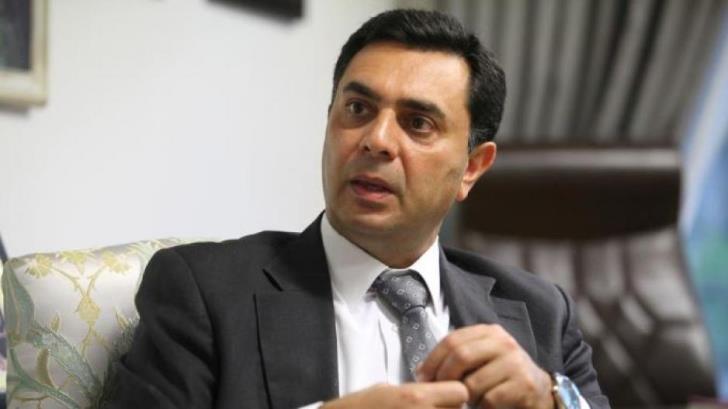 Here is the full interview:

—What is your assessment for Sunday’s elections?

As with every election, Sunday’s general election is an important one. There is a sharp divide between the left and the right wing parties, especially when it comes to the future handling of the Cyprus issue as well as the economy. So one can say this will be a vote on the future vision of the Turkish Cypriots.

Regarding the Cyprus problem, broadly speaking, the right-wing parties are all defending the current two-state policy whereas the left, want to see the resumption of talks based on the UN parameters however in a time limited and result oriented way.

Regarding the economy, the right wing parties are promoting increased ties with Turkey and they want to continue to use the Turkish Lira as the only officially curency whereas the left believes the current high inflation/devaluation of Turkish Lira is not something our economy can shoulder and would like to adopt the Euro as currency of account in a stage by stage manner. Similarly, the right believes in maintaining the current system of signing economic protocols with Turkey to obtain financial support whereas the left thinks that that system has proved to be flawed and a new system that is more reliable and less interventionist is needed.

—Where is the abstention movement attributed and what impact do you think it will have on the results?

We see a call for abstention in all elections. This election is no different. Usually the claim to support this call to abstain arises from a feeling of helplessness and resignation. There is a sentiment among voters that neither the Greek Cypriot side nor Turkey currently has the required political will to solve the Cyprus issue in a mutually agreed manner, therefore it is extremely difficult if not impossible, to change things for the better either on economic or social issues. Some also don’t believe we can have fair elections based on what they observed in the last presidential elections. I personally don’t share their assessment that best course of action is not to vote as I don’t believe abstention can affect a change for the better but as I understand it this is how they justify their calls for not to vote.

—What will the current result mean for the Turkish Cypriots? Do you think it’s going to have an impact on the Cyprus issue as well?

Every election is a decision for the future and every decision has its consequences. A success of the left will initiate a process of rethinking both on the Cyprus issue and economic relations with Turkey whereas a right wing government will mean more of the same where there is no meaningful change in any of the major issues that we face including the Cyprus issue.

A right wing government may take further unilateral steps like on the opening of the closed city of Varosha whereas a left wing government would pursue a policy of acting in line with the existing UN Security Council Resolutions. However we need to recognize that when it comes to the Cyprus issue the question is whether the Greek Cypriot leadership is ready to commit itself to a new process that will be time limited and result oriented. A leftist government may try to work with President Tatar to pursue a new policy that puts pressure on the Greek Cypriot leadership to make progress on the Cyprus issue by demanding resumption of talks for a federal solution but at the same time asking for a clear outcome that changes the status quo on the island at the end of the process.

—How do you evaluate the situation of the Economy and how much will it affect the result today?

As you know ‘TRNC’ is the only country in the world other than Turkey that uses the Turkish Lira as its ‘official’ currency. When Turkish Lira is stable with low inflation and low devaluation this poses no problems. However, we are now witnessing a rapid rise in inflation which is acting as an indirect tax. As users of Turkish Lira we are paying this tax just like any Turkish citizen in Turkey and like them our purchasing power is also rapidly going down.

Currently this is the most pressing economic issue that we need to adress.  We also continue to face the obstacles created by the Greek Cypriot administration to prevent the effective implementation of the EU Green Line Regulation as well as implementing policies of isolation that hinders economic development in the North. All these when combined make it very difficult to have a strong economy.

All opinion polls indicate that the economic situation is the number one issue for the voter and they are inclined to make their decision on their perception of who can assist them the most in these difficult times. Considering the fact that doors are closed on us by the EU and the GC Leadership for more international trade and investment the main source of hope is still seen as further economic integration with Turkey. The right wing parties are using this as their main election promise and this will probably have an important impact on the outcome.

—How important a role will the external factors play in the result? Are you afraid that there will be interference as in the previous elections which Tatar won?

We have not seen an interference similar to that was seen during the last ‘Presidential’ election, however this doesn’t mean a milder messaging was not done. I feel that the voter is reacting negatively to such interference when it is done in a heavy handed manner.

—What is your view over the current political situation in the Turkish Cypriot community?

The overall outlook is far from ideal. People find it very difficult to find any reason to be hopeful that things can change for the better in the short run. The Covid situation has added to the difficulties we already face due to the Cyprus issue and people feel the solutions to these problems require a change in the mentality of our neighbors rather than our internal politics.

The result is a focus on individual interest and survival in the short run. This of course is precisely what populist parties feed on. Nevertheless the Turkish Cypriot community has proved its resilience in the past and overcame even more difficult situations. I like to believe that we will once again discover that spirit to find our way back to a path for a brighter future.