Owners of properties in Varosha should file claims collectively, urgently-Demetriades 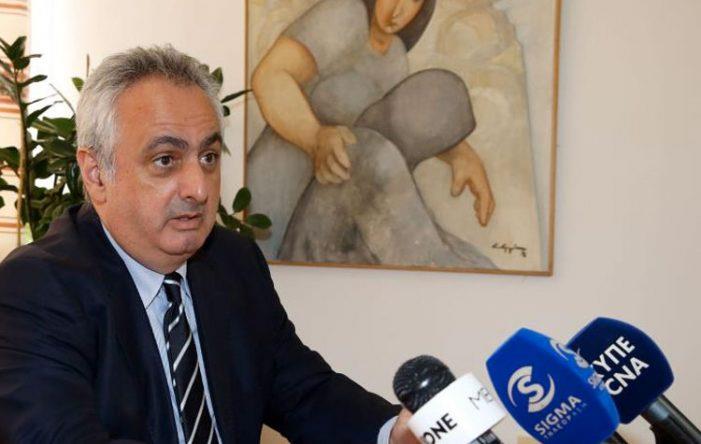 Displaced Greek Cypriots whose properties are in the fenced-off Varosha area should be pro-active and file their claims collectively and urgently with the immovable properties commission for their right to return.

This is what human rights legal expert Achilleas Demetriades told a press conference in Nicosia on Thursday in view of recent provocative statements by Turkish and Turkish Cypriot politicians.

The statements signal an imminent intention to open the ‘ghost town’ of Varosha, which used to be a cosmopolitan city before the 1974 Turkish invasion in Cyprus, under their administration.

“A collective effort must be made, because the last round bell was already rung with the meeting on Varosha a few weeks ago,” Demetriades said.

“It is important to have a line of defence to ensure the possibility of Varosha people going back to their town…It is obvious Turkey wants access to the coastal strip of Varosha,” he added.

And if there is a way to block access to that, then there is possibility it would not want to open the whole fenced-off area, Demetriades also said.

The lawyer who won the landmark property case of displaced Kyrenian Titina Loizides vs Turkey before the European Court of Human Rights also sent the message that legal efforts do not and should not affect diplomatic or political moves in any way.

“At the end of the day, the Cyprus problem’s resolution will be political but to be able to reach a compromise solution you must have a strong legal and factual basis,” he said.

There are 425 plots along the coast on which hotels and other tourism infrastructure and units are built, whereas the entire fenced-off area is 6,450 plots.

This means that the argument by some that to apply to the immovable properties commission in the breakaway north is tantamount to recognition of a breakaway regime is not valid from a legal point of view.