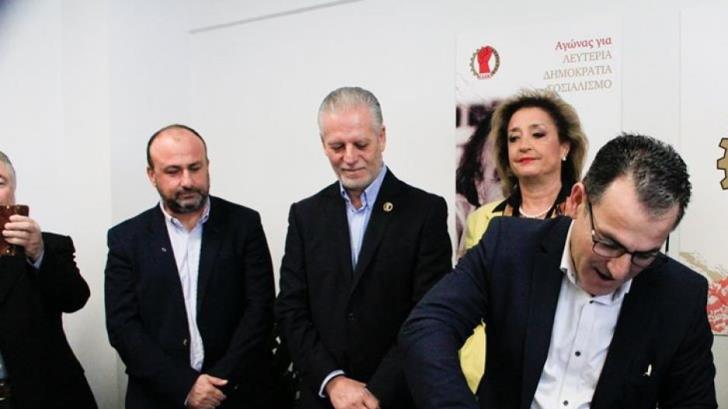 In a new development to Edek MEP Demetris Papadakis’ recent expulsion, his close assistant Naso Zografou on Monday issued a statement through her lawyers saying she has become “collateral damage” in the war of political extermination against him.

Zografou was reacting to a video making the rounds over the recent past days showing some kind of a sting operation against Papadakis, and where she plays a prominent part.

Papadakis has said that a ‘criminal group’ was behind the sting operation which provided alleged evidence that prompted the party’s disciplinary committee to expel him a week ago.

“Mrs Zografou has been subjected to unprecedented public humiliation, along with brutal violation of basic human rights, such as privacy, personal data and human dignity,” the announcement also said.

In the meantime, the ousted MEP submitted information to the police over the weekend regarding the claims against him by the socialist party’s leader Marinos Sizopoulos.

Edek has accused Papadakis of allegedly misusing EU funds which is a criminal offence.

Papadakis’ lawyers have said that the MEP’s office had been broken into three times.

And that the MEP would also seek the involvement of Olaf, the European anti-fraud office that investigates fraud against the EU budget, corruption and serious misconduct within the European institutions.