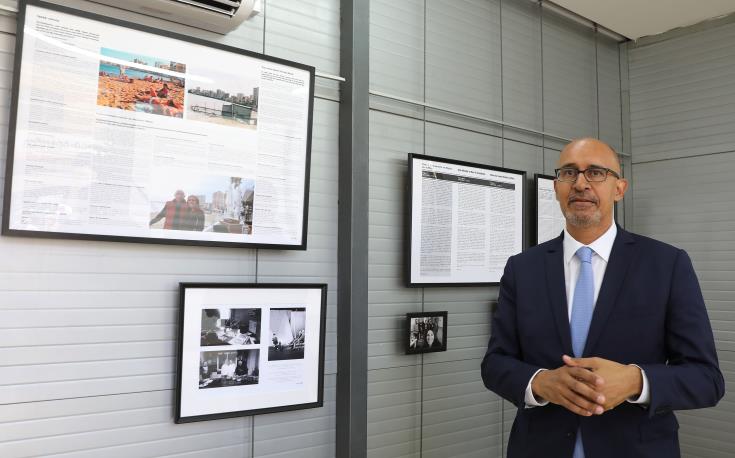 A glossary for journalists in Cyprus, entitled “Words That Matter” was presented on Tuesday, in Nicosia, by Harlem Désir, the OSCE Representative on Freedom of the Media, in the framework of his Office’s “Cyprus Dialogue” project.

Speaking during a press conference at the Home for Cooperation, in the Nicosia buffer zone, Désir also said that he was encouraged by the results of an exchange program for young journalists in Cyprus, who worked for a week at media outlets of the other community, and stated the organization’s interest to repeat it.

For 18 months, he said, the “Cyprus Dialogue” project provided a platform for journalists to meet and discuss various issues, including the promotion of journalism standards, ethics, good governance and self-regulation in their work.

Regarding the glossary, published in Greek, Turkish and English, Désir said it aimed to help journalists in their professional work, to facilitate mutual understanding and to foster quality journalism.

It is based on the principle of media pluralism and on journalistic ethics, the OSCE official added, noting that its use is completely voluntary. He also conceded that the glossary “does not pretend that there are always alternatives for words deemed to be offensive by the other community.”

He said moreover that the glossary is a tool under discussion, that tries to explain the reason why some words are deemed to be offensive and propose a way to cope with this perception by some readers.

Désir added that Cyprus is a divided island because of what happened in the past and its future can be shaped by the writings of the one or the other community.

Some will disagree, some will agree with it while others already say that there needs to be a second version, he concluded.

The glossary contains 56 words and terms which, according to a foreword by Eidan White, the President of the Ethical Journalism Network, are understood differently. In some cases, it suggests alternative words but in others, there are no alternative suggestions by the compilers. The intention of the glossary, White adds, is to empower journalists, make them aware of the impact of their work and help them shape a new information landscape, that will reduce the scope for intolerant and intemperate communications.