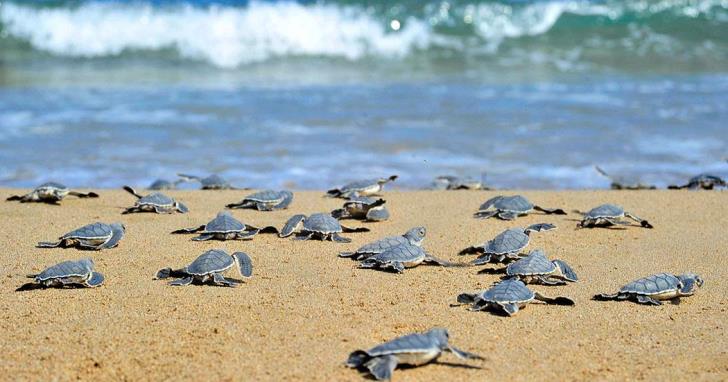 These are the beaches of Argaka and Gialia which are breeding habitats of the loggerhead sea turtle Caretta Caretta.

“We are really wondering over the changes we observe in decisions taken by the competent authorities on the approval of organized beaches to be created in protected areas of habitats of sea turtles,” Akel said in a written statement.

“While the Department of Fisheries and Marine Research initially rejected such an application by the local authorities, now it seems to have changed its mind accepting such an eventuality in the communities of Argaka and Gialia,” it added.

Akel also described as insufficient the clarification by the Department that the creation of organised beaches there will be under strict terms and conditions.

On Thursday, the Department announced that it accepts this but wit set preconditions as regards  sun beds, sea sports, wooden piers and cleaning of the two beaches.

Nonetheless, the opposition party accused the government that it has given in to private interests at the expense of the country’s reputation since it will be dragged before European courts for violation of environmental rules and regulations.