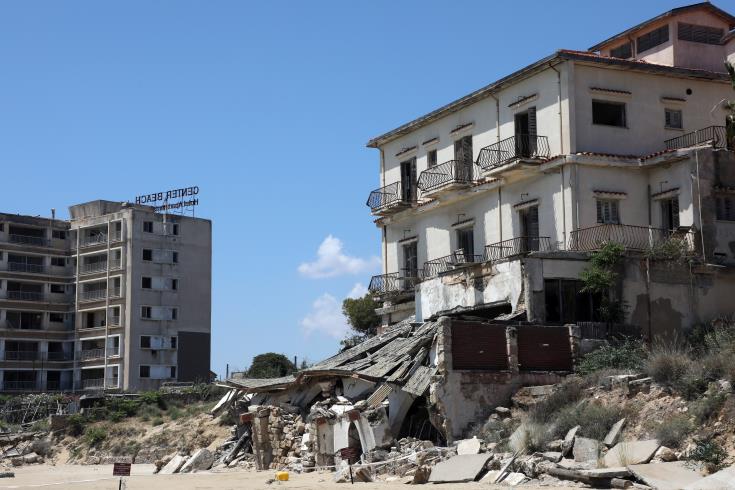 History can not be deleted, co-president of the bicommunal Technical Committee on Culture, Androulla Vasiliou told CNA, commenting on the Turkish occupation authorities` move to cover the inscription “Greek Gymnasium”  from the front marble of the Greek Gymnasium in Famagusta.

What they did is indicative of their culture, Vasiliou said, adding that they should know that they can not delete  history, nor alter people`s memory.

Asked whether the technical committee on culture would be able to do something about it, she said that this is not possible explaining that for the committee to make decisions a plenary session is needed which is not possible due to the stance of the Turkish Cypriot members.

She noted that since the resignation of the Turkish Cypriot members, new members were appointed but they never appeared nor have they submitted any proposals, adding that the Greek Cypriot members have submitted their own proposals.

Replying to questions, she said that she held an online meeting with the Turkish Cypriot co-president of the committee, while an other online meeting took place some months ago which was an alleged plenary session, since it was attended by all Greek Cypriot members of the committee but only by three Turkish Cypriot members. “They promised – and this happened a few months ago- that in a few days they would submit their own proposals but we never received them “, she said.

Asked why this is happening, she said “I think it is not just our committee, it is a general indication that unfortunately they are  not willing to cooperate”.

Since the Turkish occupation, the regime has been systematically destroying Cyprus` cultural heritage in the occupied areas.