“Number of whirlwinds will increase with climate change”, says expert 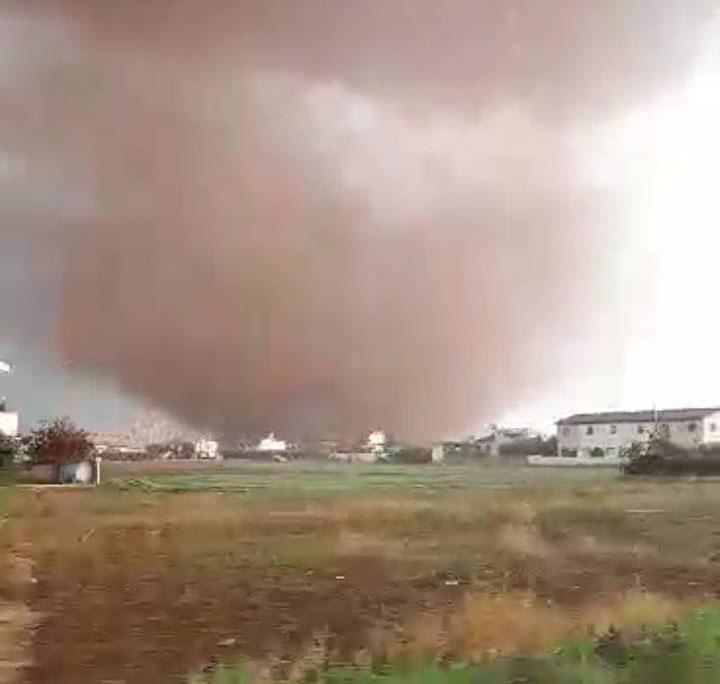 Extreme weather phenomena, like whirlwinds, will be happening more often because of climate change, director of the Meteorological Service, Kleanthis Nicolaides told philenews.

Asked to comment on the whirlwind that took place Sunday October 21 in Ayious Trimithias, Nicolaides said that such “phenomena are rare, however they can have destructive consequences.”

Although, climate change will increase the frequency of these phenomena, it will not lead to an increase in how powerful they are, he added.

Asked to comment if whirlwinds can be predicted, Nicolaides answered that, whenever there’s a storm, then it is possible for a whirlwind to form.

Whirlwinds cannot form outside storms, however, there are is another weaker type of whirlwind, which occurs in lowland areas, mainly in the summer, Nicolaides said.

Whirlwinds such as the one in Ayious Trimithias happen only during storms as upward air streams may feed into the storm and create whirlwinds, Nicolaides explained.

A storm cloud, combined with a whirlwind create a much lower atmospheric pressure compared to that of the environment. “This difference in pressure can have catastrophic consequences,” Nicolaides concluded.

Ayioi Trimithias and Paliometoho were not the only locations that were affected by a whirlwind yesterday.

According to Turkish Cypriot newspaper, Yeniduzen, a whirlwind struck the village of Kormakitis, uprooting trees and utility poles, as well as damaging greenhouses and olive groves.