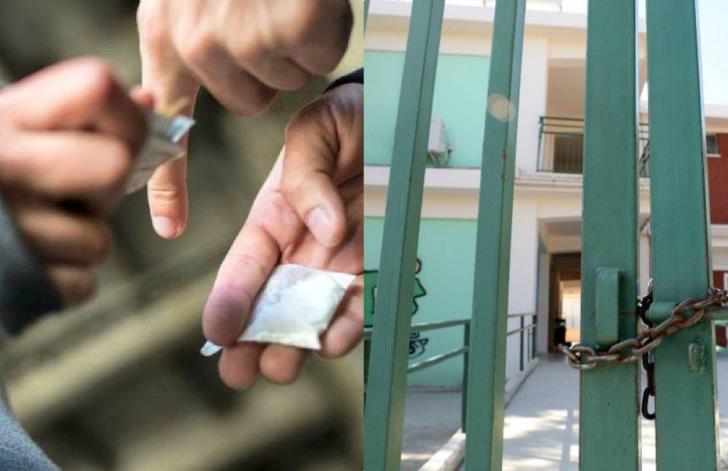 The number of pupils arrested on drug-related charges in 2018 rose by 78% compared to 2017, the Drug Law Enforcement Unit (YKAN) said.

Out of the 70 pupils arrested in 2018, 15 were below 16 years of age. Sixty eight of them were ordered to attend rehab and two refused.

Most of the pupils were arrested outside schools, however there were instances where authorities had arrest pupils inside schools, YKAN deputy commander Stelios Sergides told Phileleftheros.

Increase in drug arrests due to more policing

Police on Tuesday said that the increase in drug arrests is largely due to more policing.

The numbers should not be taken to mean that there is a big increase in drug use among pupils. According to studies, Cyprus has one of the lowest percentages in the EU, regarding pupils who said they have tried cannabis, police said.

The total number of citizens arrested on drug-related charges in 2018 was 1,313, according to YKAN figures. They were involved in 1,168 cases.

In 2018, authorities confiscated 318 kilos of cannabis, five kilos of cocaine, 701 cannabis plants, 1,159 grams of methamphetamine and smaller amounts of other drugs. It was the largest amount of drugs ever confiscated, YKAN said.

It is believed that the drugs were meant to be released gradually in the Cypriot market. Police sources told philenews that drug distributors have stopped importing small amounts of drugs – usually two to three kilos – from either the Netherlands or South America and have started bringing larger amounts of drugs in order to sell them over time. Those who import the drugs are not involved in dealing but hire paid-dealers so they will not be traced, the police sources added.

By In Cyprus
Previous articleGeroskipou
Next articleKramvias: EU has the strictest standards for foodstuff