Nouris: It is absurd that Turkey calls for an end to the war, ignoring its own invasion of Cyprus 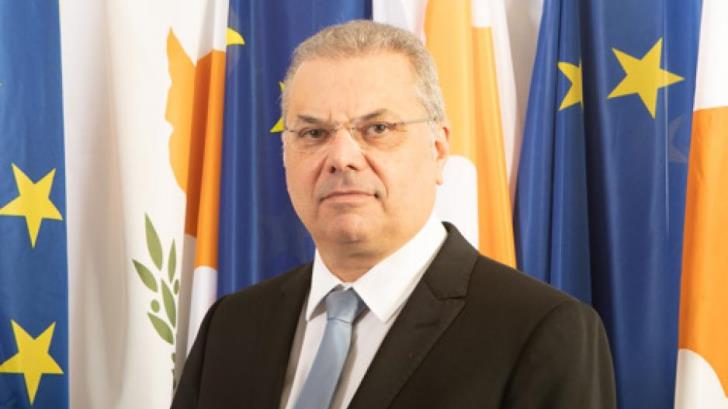 Cyprus Minister of the Interior, Nicos Nouris, said on Sunday that it is absurd that Turkey calls on Russia and Ukraine to stop the war and contribute to world peace, while at the same time it ignores its own invasion of Cyprus in 1974 and the horror and brutality which this invasion left behind, as well as the ongoing crime against Cyprus.

He added that Turkey assumes the role of someone who will bring balance, continuing this absurd course, paralleling even its own demand to join the EU with Ukraine`s case.

And this when as a country candidate for EU membership and a NATO member state, it consciously chooses not to abide by the decisions and the responsibilities stemming by a series of agreements and commitments, he noted.

Nouris also said that Turkey is trying to take advantage of the circumstances with a view to fulfill its own plans.

Addressing a memorial service in Ayia Marina Xyliatou, Nouris underlined that the government and the people of Cyprus unreservedly denounce the Russian invasion and stand firmly in a concrete way by the people of Ukraine.

He noted that as Ukraine, Cyprus as well has faced an invasion, an illegal occupation and the violation of fundamental rights of the international law as sovereignty, independence and territorial integrity.

The Minister said that the people of Cyprus show its tangible support and solidarity with the people of Ukraine and call for the immediate ceasefire to end the tragic loss of human lives.

“We also ask for the termination of the violation of the sovereignty, the human rights, and the fact that the Ukrainian people are forced to become refugees,” he added.

Referring to the Cyprus problem, Nouris said that we continue to pursue a settlement, that will fully abide by the EU principles and values and the UN resolutions.

“A settlement providing for a bizonal, bicommunal federation that will be viable and first of all functional. That will reunite the people and our divided country and will get rid of the unacceptable existing situation, evolving it to a modern state that will guarantee the independence, the sovereignty and the territorial integrity,” he added.

He noted that despite Cyprus President, Nicos Anastasiades` efforts for progress and the resumption of the talks, Turkey insists to escalate its provocative and offensive behaviour.

By gavriella
Previous article
31-year-old arrested for drugs
Next article
Cyprus has received more than 2,500 Ukrainians after the Russian invasion