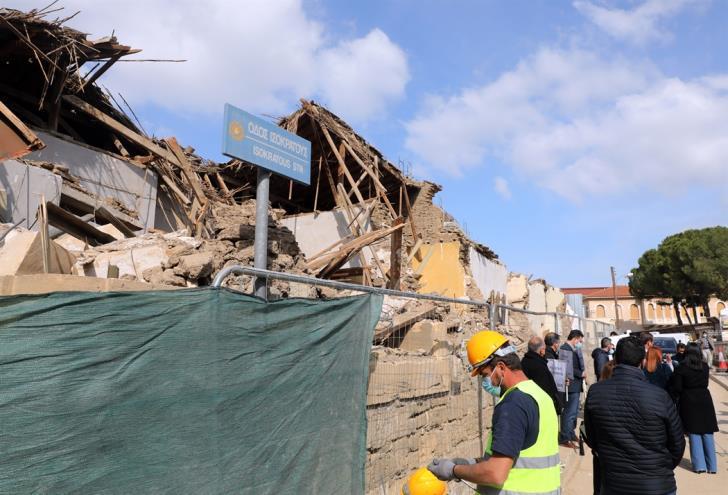 Despite the Cyprus Archbishopric’s promise in February to rebuild the four listed buildings in old Nicosia which were partially demolished at their command, no development whatsoever has been recorded.

This is what Philenews reported on Thursday, adding that works on the listed buildings are stagnant yet those on the completion of the new cathedral adjacent to the demolished homes go on in full force.

In fact, the cathedral is almost fully completed while the listed buildings have been fenced off and that’s about it, Philenews also wrote.

The church’s intention is to restore the buildings to their previous state, Archbishop Chrysostomos had told state officials and the capital’s mayor Constantinos Giorkadjis.

Both the mayor and the interior ministry had called the demolition illegal and demanded the buildings be restored.

The houses on Isokratous Street were located on land owned by the Archbishopric, near where the construction of a cathedral has almost been completed.

According to reports, the Archbishopric has indicated that the demolition went ahead because bad weather at the time had damaged one of the houses, deeming them a safety hazard.