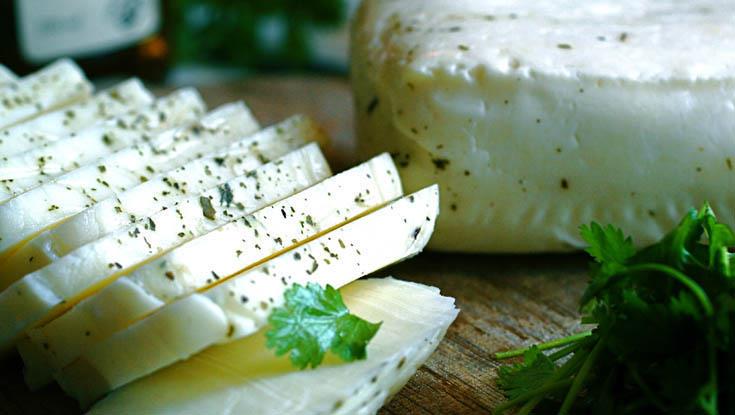 And he also said that parameters used by the European Medicines Agency which led to Cyprus ranking high in antibiotic use in farm animals were mistaken.

Large Swedish supermarket representatives which trade in the halloumi visited Cyprus recently after concerns were expressed in the country on the extensive use of antibiotics in animal food, the Cyprus News Agency reported.

They met with local producers, visited farms and received assurances over the quality criteria adhered to during the production of Cyprus’ traditional cheese.

A few days ago, NGO World Wildlife Fund (WWF) issued a press release alleging that halloumi may be worse than meat, from a sustainability point of view, since it is imported from Cyprus a country which, according to the NGO, tops the list in the use of antibiotics in farm animals.

Sales of halloumi in Sweden, where vegetarian options are popular, have risen significantly since it can be used as a meat alternative in barbecues and other cooking, the website noted.

Cheese producers in Cyprus, the relevant authorities and the Agriculture Ministry cite continuous quality controls and checks to say that antibiotic residues have never been found in halloumi cheese.

In his statements to CNA, Kadis makes it clear that halloumi contains no residues of antibiotic substances, nor does it contain harmful bacteria or any other substance that would make it unsafe for human consumption.

Referring to the EMA report which presents Cyprus as a country with high concentration of such substances in milk and meat, the Cypriot Minister says that the organisation does not take into consideration important parameters which would give Cyprus a much lower ranking.

Among other things, he noted that the antibiotic substances are bought in the areas under the control of the Republic of Cyprus and are then used in the Turkish occupied areas.

However, he adds, animals in those areas are not taken into consideration in the EMA’s calculations. As a result, it is presented that animals in the government-controlled areas have a higher concentration of antibiotic substances than what is the case in reality.

He adds that the formula does not take into account the hundreds of thousands of goats in Cyprus. The use of antibiotics in these animals is by far lower and if that factor was taken into account results would once more be a lot lower.

At the same time, he pointed out that the EMA report clearly shows that Cyprus is among the lowest placed as regards the consumption of critically important antibiotics, which carry the greatest importance for human health and safety.

Cyprus is third from last, with a slight presence in the concentration of such substances.

The Agriculture Minister also said  that in Cyprus, 70% of antibiotics are used in the farming of pigs and poultry and milk producing  animals. The use of antibiotics in such animals is limited to young animals which are not used in milk production, he adds.

“Therefore, the relation of such substances with halloumi is essentially non-existent,” he stressed.

The president of the Association of Cyprus Cheese Makers Yiorgos Petrou indicated competitors may be trying to ‘incriminate’ halloumi for their own business purposes.