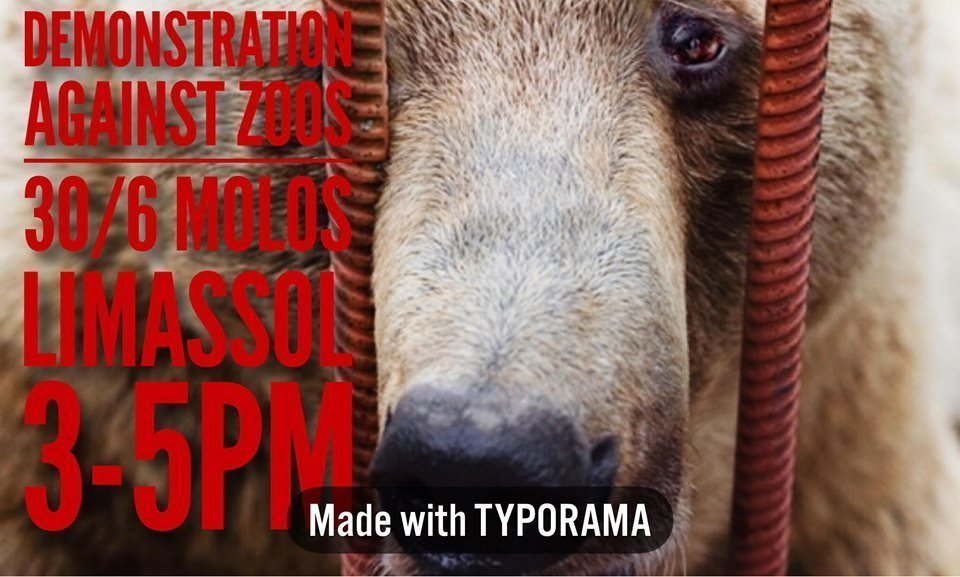 Voicing support for a protest being organised by Animal Liberation Cyprus outside Limassol Zoo on Sunday, Animal Party Cyprus said it would be joining the protest as it disagrees with the caging of wild animals.

Such actions, it said, are tantamount to animal abuse. All animals should live in their natural habitat and it is a myth that zoos serve as a way of raising environment awareness and protecting animals in danger of extinction.

It also posed a series of questions to the managers of all the zoos in Cyprus as well as to the Agriculture Ministry and government services which deal with the environment and nature.