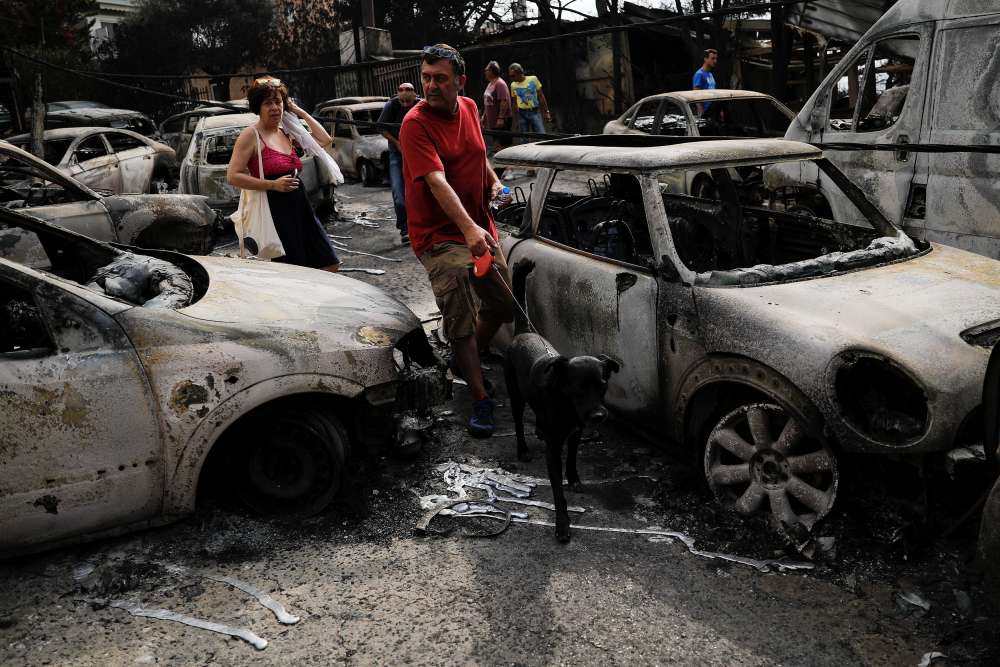 There are no Cypriot citizens among the dead and injured of the devastating fires in Greece, Cyprus’ ambassador Kyriakos Kenevezos told the Cyprus News Agency on Tuesday.

He said the Cyprus embassy had helped 10 Cypriots who contacted it for help. The majority were elderly people trapped in the Mati area. The embassy informed authorities on their whereabouts so that they could be brought to safety.

Meanwhile the 60-strong team of Cypriot fire fighters sent to Greece on Tuesday to help fight the fires have been divided into two groups with the first sent to the Kineta front and the second to the Mati front.

By In Cyprus
Previous article
We’ll pay if you take in migrants, Brussels tells EU governments
Next article
Paphos police rule out foul play in death of British woman