No complacency, after dozens of Aradippou residents test negative 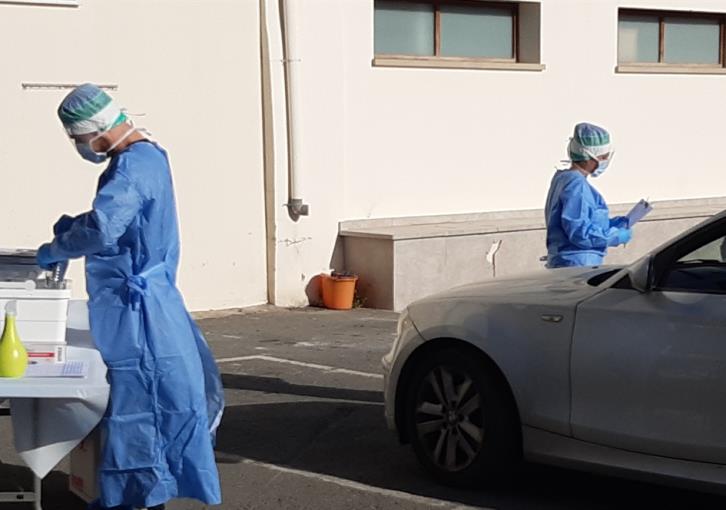 There is no complacency at Aradippou after dozens of residents tested negative as part of targeting testing carried out on Friday and Saturday, mayor Evangelos Evangelides,

A total of 525 gave samples on Friday and Saturday, including those working in supermarkets and other shops. Results have come back for about half.

According to test result figures given by the Health Ministry over the weekend, four new cases were reported in Aradippou.

Evangelides said that another 100 people are on a list drawn up by the municipality and will give samples  on Tuesday and Wednesday.

He said there was satisfaction that a large number had tested negative but said there was no room for complacency and all precautions are being adhered to.

“We do not know what the next day will bring. We call on residents of Aradippou to contact the municipality if they have concerns or need anything so that together we can overcome the coronavirus,” he told CNA.

The town hall was disinfected over the weekend, while last week public areas were also disinfected such as outside supermarkets, pharmacies, kiosks and other premises and these will continue.

By In Cyprus
Previous article72 to be repatriated from Athens this afternoon (updated)
Next articleCovid-19: A round-up of the latest developments in Cyprus