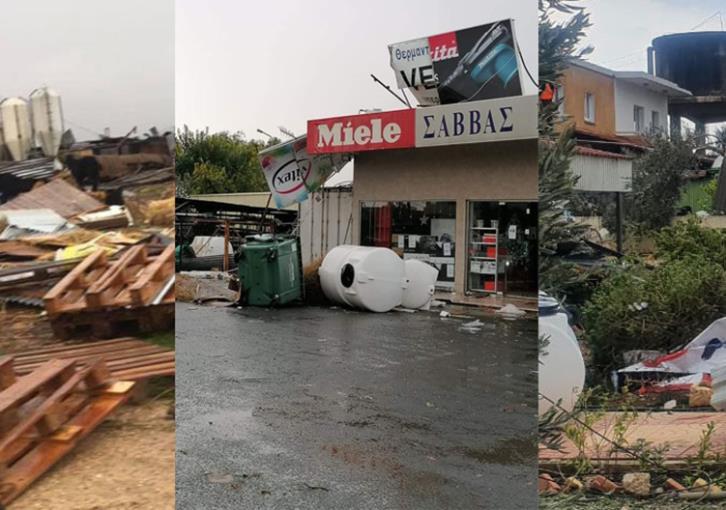 The day after the whirlwind in Nikitary, the residents are desperate.

As the village’s head Kyriakos Alexandrou said, 10 people have no home and are being hosted in a hotel in Nicosia while the residents of another 100 houses which have been damaged are trying the fix them as soon as possible.

One in five residents of the village, with a total population of 500, has been affected by the whirlwind.

Kyriakos Alexandrou also expressed his satisfaction with the immediate mobilization of the relevant state authorities, which sent their crews to the community and offered as much help as possible.

In reply to a relevant question, on whether the state aid of 2,000 was indeed immediate, he said that up until yesterday, there were no indications about when and how the money will be given.

A spokesman for the Interior Ministry admitted that the money has not been given yet but noted that the instructions of the Minister Nikos Nouris were for the money to be given as soon as possible.

He added that some procedures have to be followed which are expected to be concluded in the next few days.