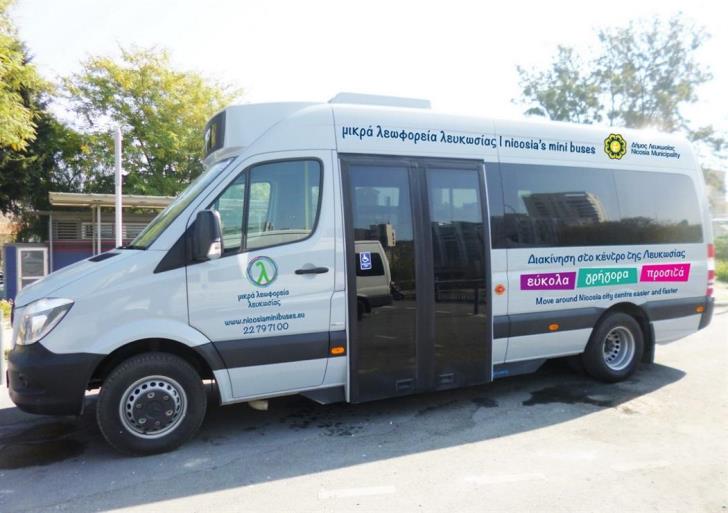 Mini buses in Nicosia’s centre operating free of charge and almost like taxis, since they usually only carry two persons at any time, are struggling to find passengers.

Despite the fact that they offer a bus route almost every 20 minutes —  almost 88 a day —  these buses only carry about 1,200 passengers a week.

The reason for the mini buses’ lack of popularity lies in citizens’ unwillingness to use public transport as well as  lack of advertisement of the service.

The service itself is quite useful for anyone wishing to visit the Nicosia city centre: one can take the mini bus from the old GSP station for a free ride without having to worry about parking.

However, a major issue is public cost: the small buses have been in operation for about 15 months and only 7 out of the 13 are out in the streets carrying passengers. Indeed, some of the remaining 6 do not even bear the city logos nor have the control mechanisms that the 7 buses in operation have.

In addition, there is significant deviation from projected use before the mini buses started operating.

In a previous letter from the Ministry of Transport’s permanent secretary dated October 25, 2012 the number of passengers in the tenth year of operation of small buses was estimated at 1,157,702.

In the first year the total number of passengers would be 774,970. The 13 buses were scheduled to run 550,997 km per year, which corresponds to approximately 1,500 kilometres per day or 115 kilometres per bus daily.

Bus drivers believe that the measure will need some time to deliver results and that it is currently offering quality services.

As far as costs are concerned, they recognise that the project is unsustainable, but at the same time they query whether public transport in Cyprus more generally is viable, even in buses where passengers pay a fare.