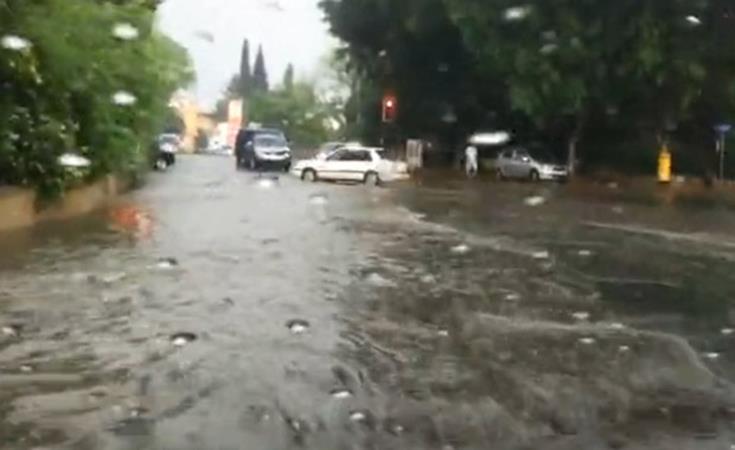 Eight Nicosia Municipality crews have been cleaning up after yesterday’s heavy rain and hail. The municipality said that teams are removing leaves from drains as well as fallen tree branches and cleaning the roads from mud and stones carried by the water.

Yesterday’s downpour led to serious problems in many parts of Nicosia, including the walled city, Aglandjia, Strovolos and Engomi. The fire service responded to more than 180 calls for help to free people trapped in cars and to pump water from buildings.

Nicosia Municipality defended its track record saying the situation yesterday would have been much worse had the municipality not carried out a number of anti-flooding and other projects.

The problem here is well known and will only be resolved when the drainage system is upgraded,  it said noting that it had prepared a study and launched tenders but this was cancelled following objections by shopkeepers who are concerned about the impact construction work will have on their business.

The problems would have been far more serious if the municipality had not in cooperation with the public works department upgraded the bridge at Ketava river, implemented anti flooding work to the tune of 25 million euro and upgraded a large number of roads in Nicosia within the walls, it concluded.

By In Cyprus
Previous article
Lebanon’s closed banks pledge to pay out salaries
Next article
How does UK PM Johnson call an early election?