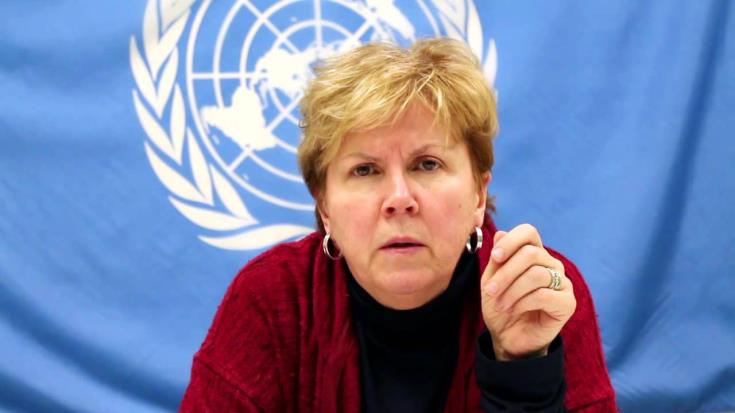 A diplomatic source at the UN seat, in New York, has confirmed that the Cyprus government has given its consent as regards the UN Secretary General`s decision to send former UN official Jane Holl Lute on a mission during which she will hold talks with both communities in Cyprus, as well as with the three guarantor powers, Greece, Turkey and the UK.

The UN Secretariat informed the interested parties accordingly on Tuesday evening. Not all parties have responded to the UN yet.

The American former UN official will be appointed temporarily as the UNSG`s personal envoy, and there is no deadline for her mission. According to diplomatic sources, the UNSG is still considering whether Lute will launch her mission right now or she will wait until the elections in Turkey, scheduled to take place on June 24.

He recalled that “upon the closing of the Conference on Cyprus last year, the Secretary-General encouraged all parties to reflect in order to determine whether the conditions would mature again for a meaningful process in the near future.”

“The UN is in contact with the Parties to determine a way to seek the outcomes of their reflections and their views on the way forward,” Haq concluded.