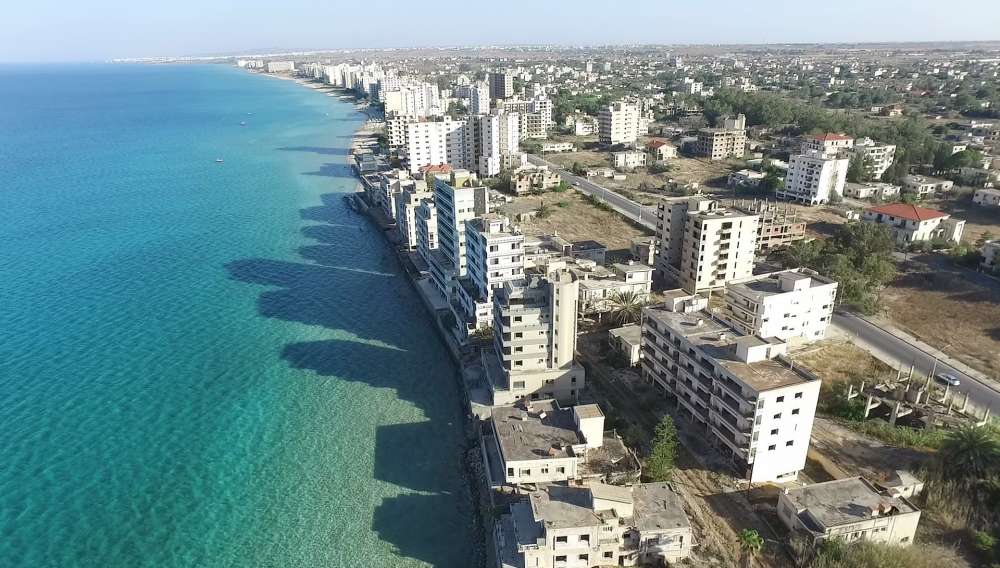 The government said on Friday that it expected from the UN to maintain their long-standing position with regard to the ghost-town of Famagusta, that is consistent with the UN Security Council decisions which are explicit and are now blatantly violated through the announcement made in the Turkish occupied areas of Cyprus

In statements to the media on Friday, Government Spokesman Prodromos Prodromou noted that the long-standing UN position, based on what was agreed between the Greek Cypriot and the Turkish Cypriot side, when the talks on the Cyprus problem began, after 1974, was explicit, saying that the fenced-off town of Famagusta (Varosha) must return to its lawful inhabitants and that the rights of the legal owners of the properties there must be restored.

Prodromou said that President Nicos Anastasiades sent on June 26 a letter to the UN Secretary General Antonio Guterres, in which he explained that the plans announced recently in the Turkish occupied areas of Cyprus, concerning Varosha, constitute part of Turkey’s plan B, after the deadlock at the Conference on Cyprus in Crans-Montana.

The Spokesman also said that the President has put again forward the proposal he submitted recently in writing to Turkish Cypriot leader Mustafa Akinci, to set up a technical committee for the restoration and reconstruction of the fenced-off city of Famagusta, that will be financed by the EU and will technically be facilitated by the UN so that the demilitarization of Famagusta will be ensured.

He also stressed that the President expects from the UN to support this proposal that he has made in the framework of the Confidence Building Measures, so that a technical committee will be set up immediately with a view to facilitate the implementation of the UN Security Council decisions and not the plans of the Turkish Cypriot puppet regime on Famagusta.

Prodromou said that Anastasiades referred in his letter to the UNSG in the announcements made on Famagusta in the Turkish occupied areas, stressing that such actions violate the 1977-1979 High Level Agreements and the four relevant UN Security Council decisions adopted from 1977 until 1992, which provide that the lawful inhabitants must return and re-settle to the fenced-off city, under UN control.

The spokesman also said that the President recalled all the UNSG’s reports which refer to the special status of Varosha and to Turkey’s responsibility, as the city is controlled by the Turkish army.

Prodromou noted that President Anastasiades reiterated in his letter his commitment and readiness to work with the UN and the Secretary General for the resumption of the negotiations on the Cyprus problem.

The spokesman elaborated in his statements on the actions undertaken so far by President Anastasiades on the issue of Famagusta, noting that Nicosia is seeking to get support not only from the UN but from other foreign actors as well.

The “council of ministers” of the Turkish Cypriot puppet regime decided on June 18 to establish a committee of experts for conducting a “scientific inventory study” in the city.

By In Cyprus
Previous article
France roasts in record high temperatures, deaths in Spain
Next article
President pledges to continue working for a Cyprus solution and return of Famagusta