Nicosia condemns UDI, calls for continuation of struggle for reunification 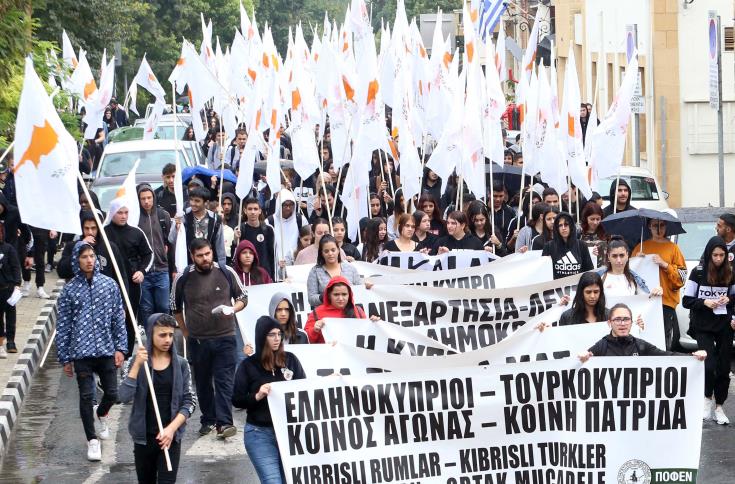 Nicosia once again condemns the unilateral declaration of independence (UDI) which the Turkish Cypriots announced on 15 November 1983, through which they claimed to have established a self-styled regime, in Cyprus` northern Turkish occupied areas.  The government and the political leadership have reiterated their determination to continue the struggle for the reunification of the island.

On 15 November 1983, nine years after the Turkish invasion of the island, Turkey instigated and endorsed a “unilateral declaration of independence” in Cyprus` occupied areas announced by the Turkish Cypriot leadership. The United Nations Security Council with Resolutions 541 and 550 calls upon all States to respect the sovereignty, independence, territorial integrity, unity and non-alignment of the Republic of Cyprus. They also describe the UDI as “legally invalid.”

The illegal Turkish Cypriot regime in the occupied areas is recognized only by Turkey.

Political parties, student organisations and other associations and organised groups have issued announcements condemning the UDI.

Protests by students took place under the umbrella of the Pancyprian Coordinating Students Committee (PSEM) and the Pancyprian Federation of Student Unions (POFEN).

Repeated rounds of UN-led peace talks have so far failed to lead to a negotiated settlement that would reunite Cyprus. The latest round of negotiations, in July 2017, ended inconclusively.

The leaders of the two communities, namely President of the Republic Nicos Anastasiades and Turkish Cypriot leader Mustafa Akinci are set to meet with UNSG Antonio Guterres in Berlin, on November 25 to decide the way forward.