Nicos Anastasiades: tripartite summit will benefit our governments and people 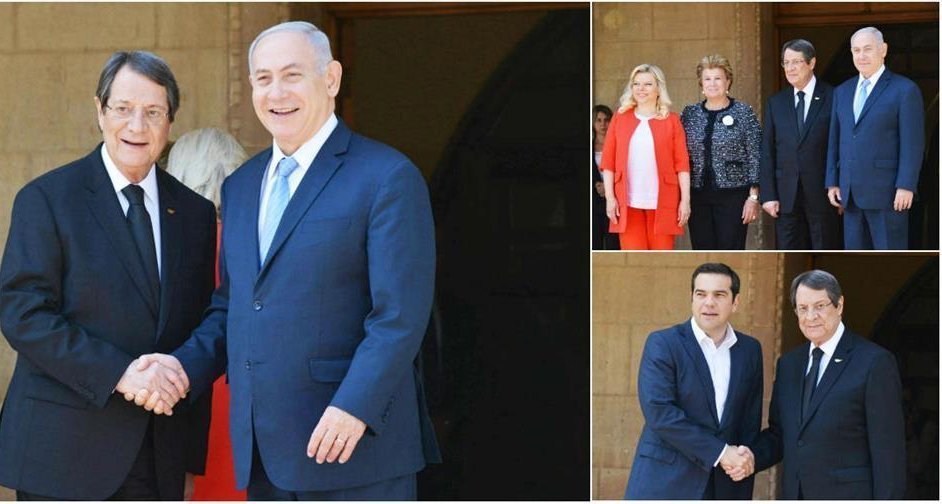 President Anastasiades stated that the great progress noted in the relationship between the three countries is in benefit of all three governments and their people. Mr. Netanyahu added in agreement that this can already be seen by the great number of Israelis visiting Cyprus each year.

Today, Netanyahu had meetings with President Anastasiades and Alexis Tsipras. A meeting between the President and Prime Minister Tsipras will take place after the signing of bilateral and trilateral agreements and the public statements of the three leaders.

Energy cooperation will be one of the main issues discussed during the summit, especially in regard to the EastMed project, a natural gas pipeline project connecting Israel, Cyprus and Greece. More agreements concerning, among others, marine pollution from maritime accidents and cooperation in the area of new technologies, will also be signed.

#Cyprus #Israel bilateral relations are at their highest point ever. During my second term in office, I look forward to continue working closely with @IsraeliPM with the aim to further enhancing the cooperation between our two countries in an ever increasing array of fields. pic.twitter.com/WZa1CXhAOv

Approximately two and a half years ago, in Nicosia, we inaugurated our trilateral cooperation, which reflected our common determination to create a multi-dimensional and multi-thematic framework of cooperation and interaction, to the benefit of our countries and people #CYGRIL pic.twitter.com/wCeLPbGzEd