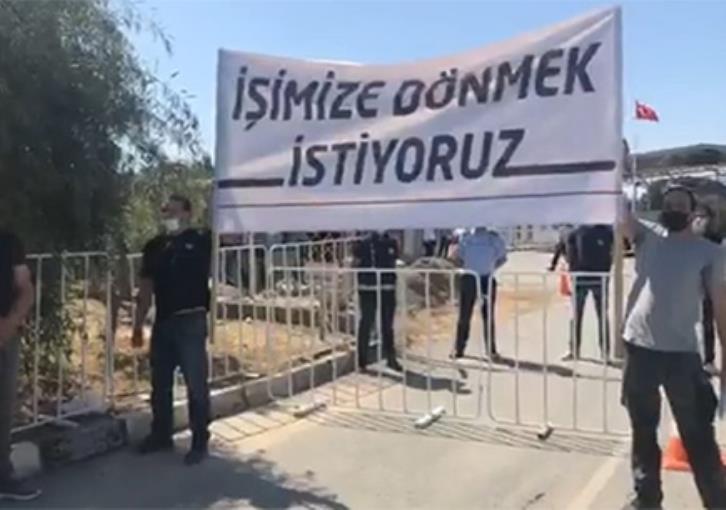 A number of Turkish-Cypriots working in the government-controlled areas gathered on Friday morning on the occupied side of Ayios Dhometios checkpoint in Nicosia requesting to return to their jobs, according to information by Yeni Duzen reported by philenews. 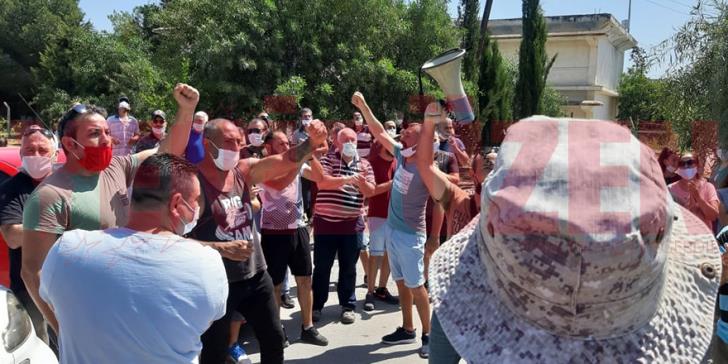 “The unity of workers will open the checkpoints,” the protesters said who also placed their vehicles in front of the crossing point.

Among the protesters there were also pupils who attend school in the government-controlled areas.

Checkpoints have been closed during the coronavirus outbreak.

Yesterday another protest took place in Pyla and the Pergamos checkpoint by Turkish-Cypriot locals and workers who want to cross. 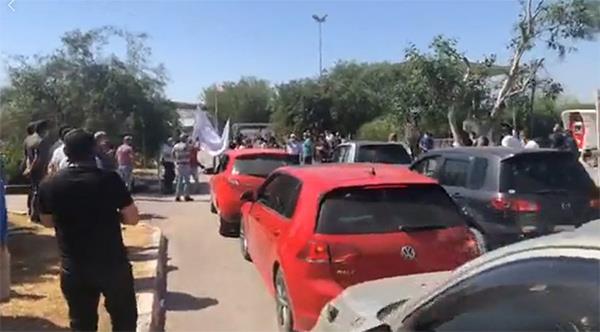 According to CNA, attendance at this morning’s Ayios Dhometios protest was in the hundreds, with around 100 private vehicles gathered at the checkpoint.

The event was also reportedly attended by PTK “MPs” Özdil Nami and Sıla Usar İncirli in support of the workers.

The workers’ representative, Bulat Ergin said that the event aimed at making their voice heard on both sides. He criticised the “government” for deciding to implement the quarantine measure, effectively blocking them from going to work.

“You imprisoned us in our homes without being given a chance to prepare, without being able to get our salaries. Two months later and you haven’t asked how we are doing,” he said, adding that there are around 6,000 people trapped in this situation.

He spoke of communication they have had with “ministers” on the issue, adding that of 1,500 people working in the government-controlled areas, 900 are married with children and said that the ₺1,200 (€215) mulled by the “cabinet” as an allowance is insufficient.

“We don’t want that money. We want to return to our jobs because we are losing them,” Ergin said, adding that they do not cross to the ‘south’ as a hobby but to make a living.

He thanked Turkish-Cypriot leader Mustafa Akıncı for his support as well as the opposition parties, mentioning that they were only today contacted by “prime minister” Tatar.

Ergin said that the “government” has been prompted to find a solution, saying that “in the worst-case scenario they could recommend a test upon crossing to the ‘south’ but without going through quarantine.”

He also mentioned that there are workers who are willing to cross to the government-controlled areas and stay there for work and return to the ‘north’ when checkpoints reopen.

Addressing the Republic of Cyprus, Ergin said that statements that the checkpoints are open have no meaning to them if they are unable to work.

“Relax the quarantine for us and enforce different measures. We live on the same island and there haven’t been any positive cases in the ‘north’ for a month,” he said.

Turkish-Cypriot workers, he continued, are asking to undergo tests at the crossing points.

“It can’t be hard for you to do 1,500-2,000 tests. We are willing to cover the cost of the test if needed. Our employers clarified that they will support us in this respect. Those who are ‘clean’ to not go into quarantine but back to their jobs.” 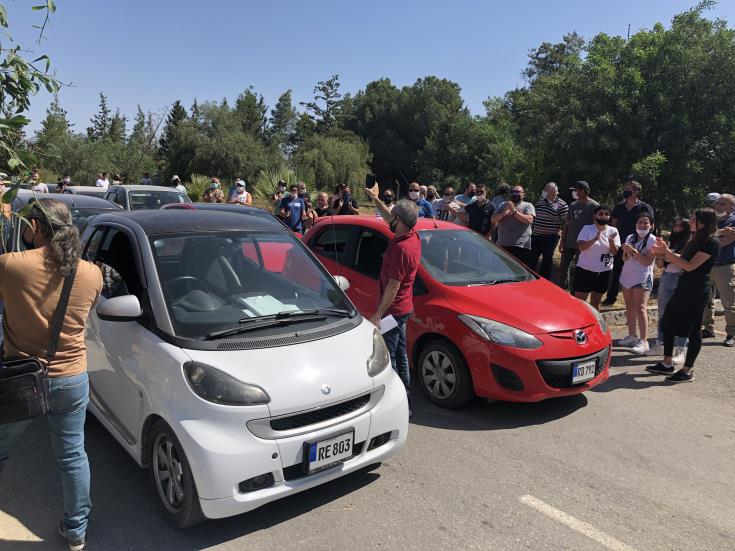 By Josephine Koumettou
Previous articleBanks suspend foreclosures until August 31
Next articleOnly primary, lower secondary pupils going back to school on May 21