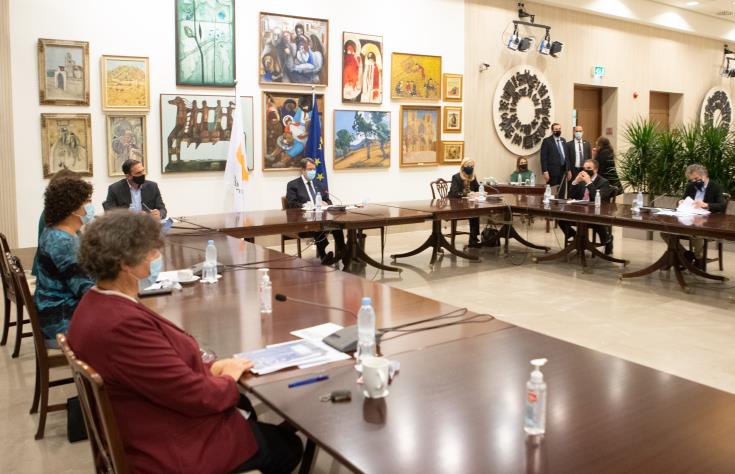 President Nicos Anastasiades said late on Monday that new measures to contain the coronavirus spread in Cyprus following a recent alarming hike in cases will be announced within the next 48 hours.

The President also told journalists the island’s health care system is in an extremely good shape but, nonetheless, measures have to be taken to  prevent phenomena occurring in other countries.

“We are concerned about  the economy, and the fact that people got tired but we are also concerned about public health and the health of the elderly, the admissions in ICUs and the increase in deaths,” he said.

His statements followed a meeting with the Epidemiological Unit in the presence of the Ministers of Health Constantinos Ioannou and that Labour Zeta Emilianidou.

Asked if the upcoming decisions concern a partial lockdown in some districts, the President said these will be announced at the right time.

Cyprus cannot be an exception to what is happening not only in Europe, but globally, he added.

Anastasiades also said Cypriots must have positive results like those achieved in the first wave of the pandemic despite the fact people are tired.