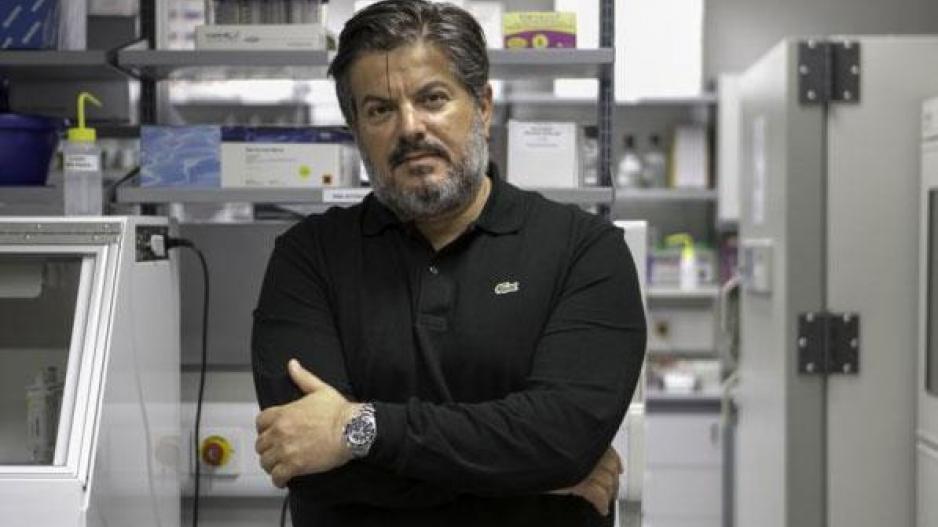 The Delta Plus covid mutation is now gradually ‘taking over’ from Delta in Cyprus, said University of Cyprus Biological Sciences Professor and former member of the Health Ministry’s Advisory Group, Leontios Kostrikkis.

‘The two first cases of Delta Plus have already being recorded on the island’, Kostrikkis told the Cyprus News Agency, following a keynote speech at the Ierokipeion University, co-organised by the Yeroskipou Municipality, University of Cyprus and Radio Paphos.

Kostrikkis noted that the rise of this new mutation might be the cause of the slight increase in new covid cases, but this will be more securely established next week, when scientists look into the sequences of infections going back to the first week of October and for the whole month.

The former member of the epidemiological scientific team said that the vaccination percentage in Cyprus was at a satisfactory level, but was now stalling, both when it came to convincing the population on taking the first dose, as well as the vaccination speed of the third dose. He stressed that a boost in morale was needed so Cypriots would be encouraged to continue vaccinating.

Kostrikkis said he fully realised that people had been exhausted by the pandemic, as in in most countries, but it was of real significance to complete the vaccination programme and ‘there’s only a few percentage points left to go’ as he put it.

He would like an 85% of vaccination if possible, but also a third dose by people who had their 2nd more than four months ago. He expressed the hope that the Delta Plus mutation will not have the same repercussions as Delta.

Kostrikkis predicted that we’ve seen the last of the covid waves, but the current wave will likely delay in passing.

‘It is difficult to estimate when the pandemic will be over’, he added, ‘with each country making its own predictions. I believe that our country will return to a sense of normalcy by late 2021, early 2022, if the expected vaccination percentages are reached’ Kostrikkis stressed.

New cases over the past few days have ranged from 130-200, with slightly less deaths and a gradual drop in hospitalisations.

By Constantinos Tsintas
Previous article
Showers, storms and dust on last October weekend
Next article
Closing schools is not an option, government says following rise of cases in children