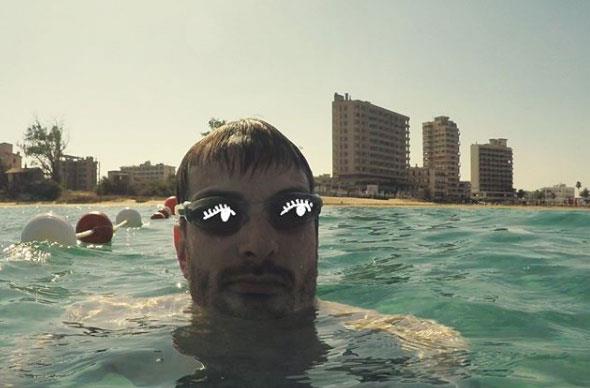 The show deals with the phenomenon of ‘dark tourism’, which refers to travelling to places historically associated with death and tragedy.

Presenter David Ferrier travels all over the globe and embeds himself in things like a death-worshipping cult in Mexico, sees tourists soaking up radiation left behind in Fukushima, meets vampires in New Orleans, and goes fishing to the most-nuked place on Earth.

For the fifth episode of the series, named ‘Europe’, Ferrier travelled to Turkish-occupied Famagusta and tried to access the fenced off ‘ghost’  city.

However, his efforts were not met with success as he was arrested by the Turkish occupying forces.

After being interrogated for three hours, Ferrier was released only to try and enter again.

This time he put on his swimsuit and a Go-Pro camera and tried to access the city from the sea.

His second attempt to film Famagusta also proved to be unsuccessful, as he was spotted by the occupation forces and was ordered to delete his footage.