Natural gas should be shared equitably in context of solution- U.S. ambassador 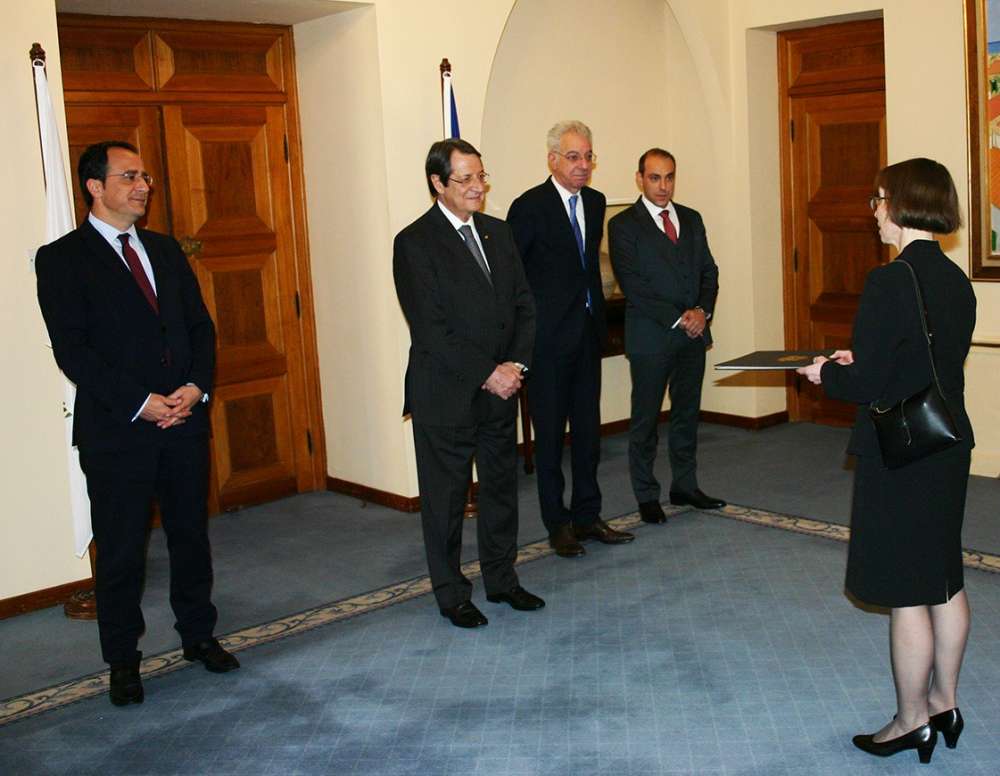 Cyprus’ natural gas resources should be shared equitably between Turkish and Greek Cypriots in the context of an overall settlement, U.S. ambassador to Cyprus, Judith Garber said on Monday.

Garber made these statements after presenting her credentials to President Anastasiades after assuming her duties.

“The new energy discoveries come with great promise and equally great responsibility.  The United States has consistently recognized the right of the Republic of Cyprus to develop the resources in its Exclusive Economic Zone.  We continue to believe these resources should be equitably shared between both communities in the context of an overall settlement,” Garber said.

These finds should lead to the greater prosperity and stability of the entire region and help diversify Europe’s energy supply, she added.

She described Cyprus as a valued friend and an important partner in a critical region.

“The interests of Cyprus and the United States in the Eastern Mediterranean — at the crossroads of Europe, the Middle East and Africa – have become increasingly aligned. By working together, we can continue to make progress on issues of mutual concern:  fighting terrorism, preventing proliferation, protecting human rights, combating human trafficking, strengthening law enforcement, and improving maritime security,” she said.

Regarding economy, the two countries can improve their trade and investment ties “as Cyprus diversifies its economy and strengthens its banking regulations,” Garber said.

She concluded by saying that the U.S. supports the resumption of direct negotiations on the Cyprus problem as soon as possible.

I was honored to present my credentials to ROC President @AnastasiadesCY. Serving as a U.S. Ambassador is a great privilege, and it’s an exciting time in U.S-Cypriot relations. I’m looking forward to getting started. Here are my remarks: https://t.co/MmJwjIMu24 pic.twitter.com/TLsZY1HpNN

By In Cyprus
Previous articleFree dental check-ups to mark World Oral Health Day
Next articleJob vacancy rate in Cyprus drops to 1.0% during Q4 2018, up to 2.3% in the euroarea