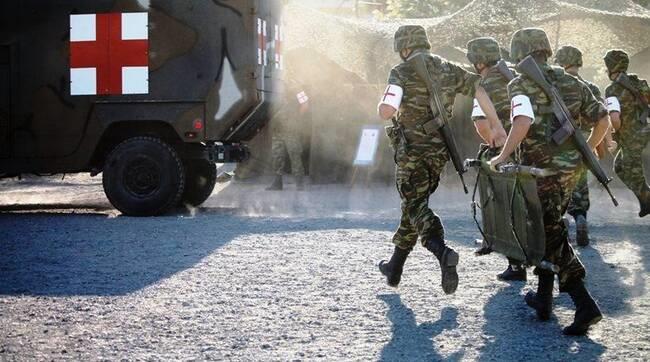 The National Guard is left with only 20 military doctors amidst concerns that all will quit if they are not allowed to privately practice the profession during their spare time, Philenews reported on Thursday.

The provision prohibiting private practice by army doctors is included in the island’s fledgling General Health Scheme (GeSY). Only after approval by the Defence Minister, and under special circumstances, can an army doctor get paid for part time work when off duty.

A Defence Ministry source told Philenews: “In order to know exactly the number of doctors that the National Guard needs, a study is needed, but if we’re talking in general terms I would say that we need at least twice as many from those we have today.”

The same source said that a few years ago 50 doctors served in the National Guard, while if one looks as far back as 2000 the number had risen to 60.

The state of play today has forced Ministry officials to consider ways for doctors to stay in the National Guard even if they also practice part time with GeSY.

Defence Minister Charalambos Petrides told Philenews stated that he would prefer the National Guard to have a sufficient number of doctors working exclusively for the force.

But bearing in mind the prevailing situation ,including the risk that even more of them will leave the National Guard, he considers that granting some incentives such as working with GeSY would contribute to their stay in the army.

When the doctors serving with the army today were hired, GeSY was not yet in existence nor was any such scenario taken into consideration to plan ahead for provisions for potential future cooperation between the two.

One of the issues that arose was the fact that the state was paying for the studies and training of military doctors, who committed to the sum of €250,000.

If someone decided to leave the National Guard the day after taking up office, they would lose that money or part of the amount according to time served since they were not able to leave the army before completing 10 years of service.

By In Cyprus
Previous articleNew Cyprus-France defence pact came in effect on August 1
Next articleBus in Nicosia rolls forward after driver jumped out, causes havoc (PHOTOS)