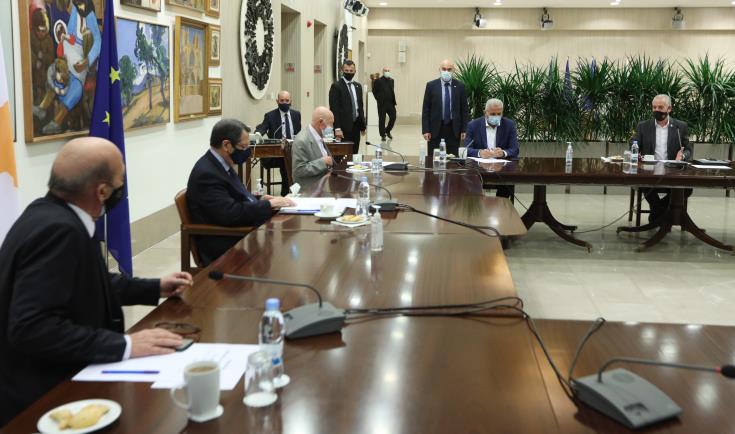 The National Council headed by President Nicos Anastasiades meets on Friday ahead of the 5+1 informal meeting on the Cyprus problem brokered by the United Nations in Geneva on April 27-29.

The President will also inform political party leaders of the country’s epidemiological condition and exchange views on the measures to be taken considering the deteriorating state of play.

On the Cyprus problem, government spokesman Kyriakos Koushos has said that both Anastasiades and Foreign Minister Nikos Christodoulides will inform the leaders about their contacts during the last period on the Cyprus problem and the messages Nicosia has received. Also, they will exchange views on final objectives to be set.

Anastasiades will be accompanied to Geneva by the leaders of the political parties participating in the National Council, except far right Elam.