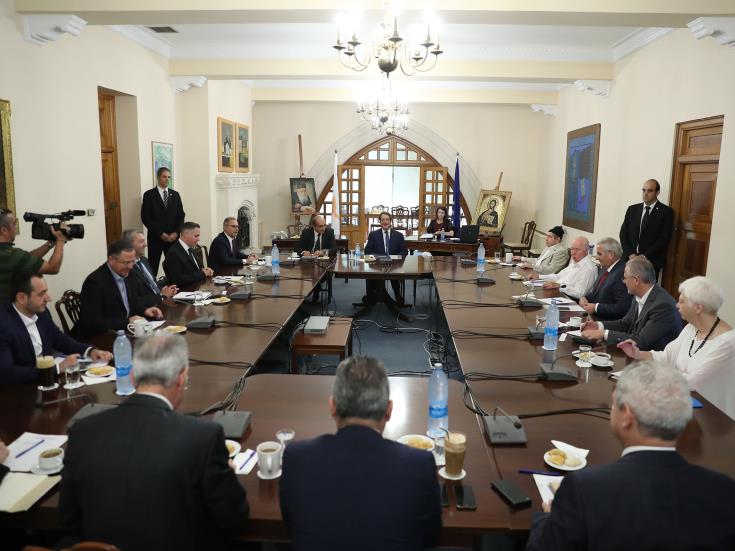 Turkey`s provocations in Cyprus’  Exclusive Economic Zone (EEZ) will be discussed during a National Council meeting on Saturday, convened by President Nicos Anastasiades.

The political leaders will also exchange views on the resumption of peace talks for a solution of the Cyprus problem.

Cyprus has been divided since the 1974 Turkish invasion. Ankara has issued recently a navigational telex, announcing its intention to start drilling off Cyprus until September 3. The Turkish drill ship “Fatih”, accompanied by three service ships, is located almost 40 nautical miles west of the Akamas peninsula and 83 nautical miles from the Turkish coast. The area falls within the EEZ and the Republic’s continental shelf.

Foreign Minister Nikos Christodoulides on Monday will brief his EU counterparts on Turkey`s illegal activities in Cyprus’ EEZ during the Foreign Affairs Council meeting that will take place on Monday in Brussels.