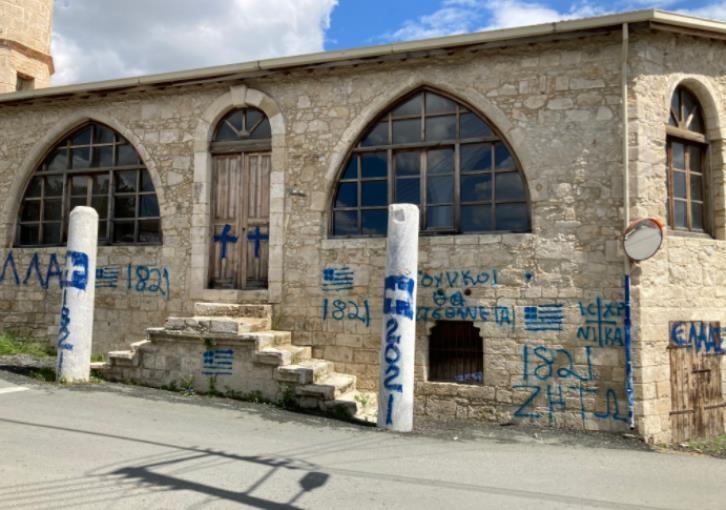 The Community head of Episkopi, Lefkios Prodromou described as unacceptable the actions of some people to write slogans and insults on the community’s mosque early on 25 March.

Speaking to Phileleftheros, Prodromou denounced the fact, saying that in this way we justify Turks and British who comment on the incident. He noted that the same thing happens every year on both national anniversaries of 25 March and 28 October.

So, he asked the chief of Police of the Episkopi local station to provide a Police force in view of the 1st April anniversary that will patrol the community, so that the same thing will not happen again.

He also added that the persons who proceed with these actions are known.

Finally, he noted that on the evening of the 25 March, members of the Archaeological Department removed the slogans with the use of special medicines.

By gavriella
Previous article
Relatives of cataract patients warn with ECHR appeal
Next article
Weather mainly fine on Saturday, to improve gradually as of Sunday