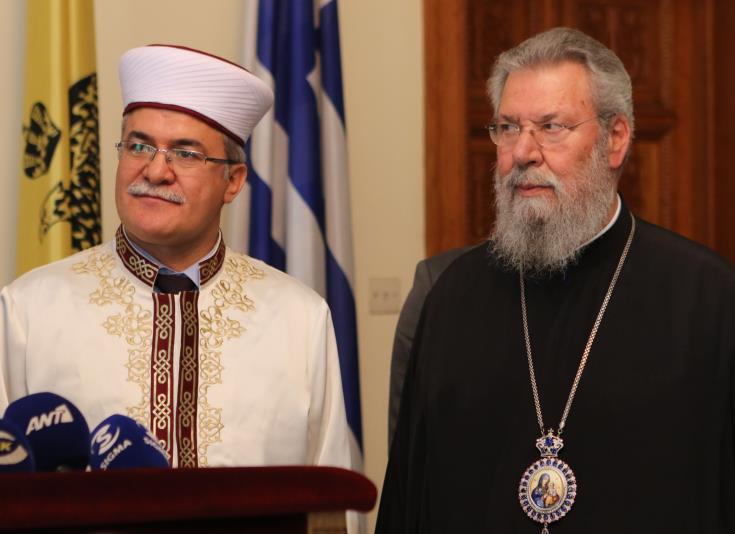 Turkish Cypriot Mufti of Cyprus has voiced support for the return of icons and religious artefacts to their rightful owners, namely the Greek Orthodox Church of Cyprus.

According to the press release, Bishop Porfyrios of Neapolis, head of the Synodical Committee on Monuments and Religious Artefacts of the Greek Orthodox Church of Cyprus warmly welcomed the investigation, the publications by Turkish Cypriot Havadis newspaper and the Mufti’s statements but expressed sadness and concern about the status of the icons reported.

“We deeply regret to learn from the results of the investigation published by the Turkish Cypriot paper Havadis that our priceless religious heirlooms have been kept under improper and insecure conditions in the warehouses of the Castle,” said Bishop Porfyrios, according to the press release.

Mufti Talip Atalay reiterated his belief that their “proper storage, maintenance and protection are not only a must but a duty. Religious beliefs and religious places of everyone should be protected irrespective of where they are.”

Atalay expressed the belief that “we should all preserve our religious and cultural heritage in the most proper way without ignoring the needs and sensitivities of the rightful owners.”

The Religious Leaders of Cyprus had agreed to create a mutually accepted joint committee to undertake an inventory of all stored religious heirlooms of Cyprus as a concrete confidence building measure. “This proposal was one of the first items discussed within the RTCYPP seven years ago,” added Eskidjian, “unfortunately their joint agreement never materialised but has remained alive on the table of dialogue.”

“We pray that this investigation and its publicity will help remove the obstacles we have faced for the creation of a joint committee with representatives of the religious leaders of Cyprus to record the missing religious heirlooms of all faith communities of Cyprus and ensure their proper protection, maintenance and preservation,” Bishop Porfyrios said.

The Bicommunal Technical Committee on Cultural Heritage will discuss today the issue of Greek Orthodox icons and other religious artefacts, which are kept in the castle of Kyrenia since the 1974 Turkish invasion.