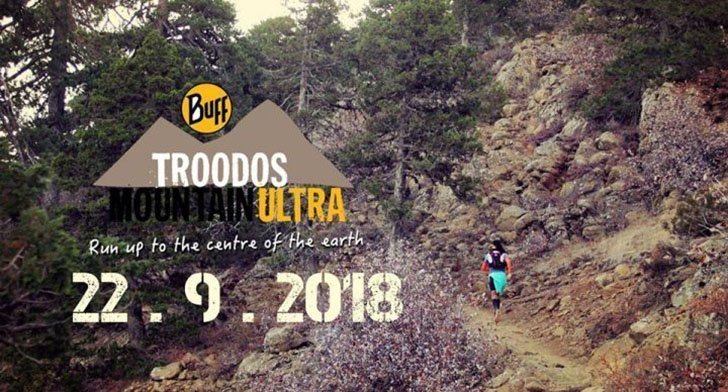 The highlight of this year’s competition is the new Buff® Troodos Mountain Ultra 105k.

An ultra-marathon is any race longer than the traditional marathon length of 42.195 kilometres.

The competition in Troodos is recognised by the ITRA (International Trail Running Association) and will serve as a Qualifying Race for the No.1 ultra-marathon in the world, the Ultra Trail du Mont Blanc (UTMB®).

BUFF® Troodos Mountain Ultra will be a dynamic introduction of Cyprus into the international calendar of mountain running.

According to the Cyprus News Agency the number of participants is very high and it includes runners from all over the world.

The main refuelling station will be Troodos Square, where the runners will have the chance to see their families and enjoy the support of the fans.

The competition is organised by One Step Further, a company which specialises in running events in Cyprus and abroad.

Cyprus Trail Runners will design and supervise the marathon routes.

The Troodos Geopark and the Troodos Development Company are the supporters of the event.

By In Cyprus
Previous articlePanayiotis Kyriakou
Next articleSunbeds torched on Paralimni beach; explosion in garage of house belonging to mayor