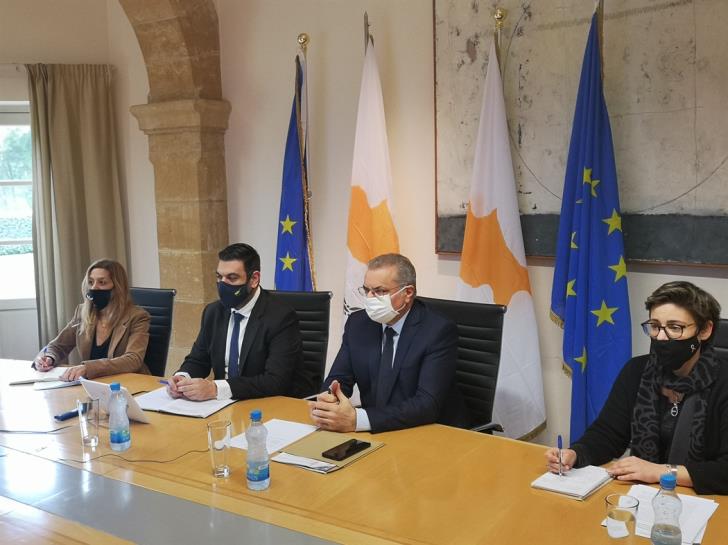 Interior Minister Nikos Nouris informed through a teleconference Ola Henrikson, Regional Director of the International Organization for Migration (IOM), on the migration flows in Cyprus.

The Minister said that despite the pandemic, during 2020 Cyprus received more than 7,000 asylum applications, with Syrians being the first nationality among applicants.

Nouris also noted that Cyprus remains the first country among the EU member-states, in asylum applications, in proportion to its population. He added that increased arrivals are mainly due to the “green line” and put a lot of pressure on Cyprus’s reception program of migrants.

Nouris also informed the IOM Director of the actions Cyprus is undertaking to face the situation, like the recent agreement for readmission with Lebanon.

On his part, Ola Henrikson expressed the Organization’s readiness to support Cyprus’s efforts.